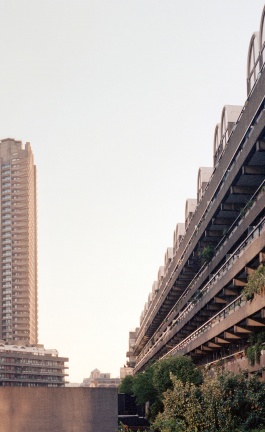 The Herzog Bar & Restaurant in Munich is a magnificent fusion of eras that co-exist and complement each other, producing a result that is strikingly unique. Housed in a heritage listed, post-war modernist building in the centre of the city which was designed and constructed in 1957 by venerated German architects, Sep Ruf and Theo Papst, the building’s foundation stretches even further back—as this is the site of a late 16th century castle which belonged to Bavarian duke, Wilhelm V. When Zurich-based architecture practice, Build_Inc. employed their touch on all elements of the re-design, they breathed new life into the space and transformed it into a dining destination filled with drama and reflection.

This truly dramatic production filled with bold, sharp lines, square geometric elements and an overall masculine colour scheme of black and gold houses the three sections—these being the bar, lounge and restaurant—that make up this multifaceted gastronomical setting. Both defined and yet interconnected, the one sinuously flows into the other stylistically as well as functionally.

Keeping in mind the distinctive look and feel of buildings from the mid to late 1950’s, the Build_Inc. team respectfully employed some of the most noticeable effects in the design from the era, namely brass and textured concrete. Hence, visitors are welcomed inside by the terrazzo floor’s inlaid brass veins, which form a beckoning “pathway” for patrons to follow. The brass veins then continue like tentacles throughout the entire space to wrap around the gray concrete bar, climb up walls and adhere to the wide windows, before finally forming the ambient lighting fixtures throughout. Touches of golden brass can even be seen stretching through the furniture, embracing the lounge chairs and the edges of the lacquered wood tables.

Reverence is also paid to the great Swiss-French architect, Charles-Edouard Jeanneret-Gris, better known as Le Corbusier, in the striking umbra-black paint used on all the visible structural elements in the space, such as the ceiling and supporting columns. This grounds the entire design in a strong basis and ties all the forms together. As a result, Build_Inc.’s goal, that of both respecting and highlighting the building’s past while adhering to the high-standards which contemporary customers have come to expect from gastronomical destinations such as Herzog, is achieved to striking effect.