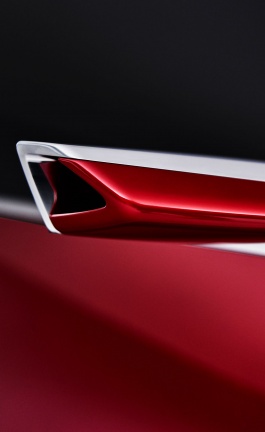 A Conversation about Colour with Annette Baumeister, Member of BMW Group Design 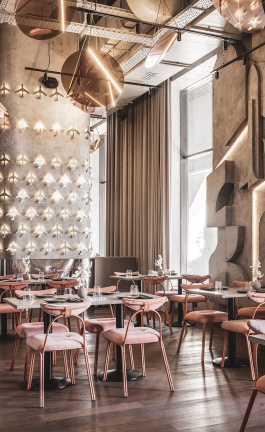 The Institute for Advanced Study (IAS)

Commissioned by the University of Amsterdam to convert two adjoining 17th century canal houses in central Amsterdam into the Institute of Advanced Studies (IAS), Dutch practice HOH Architecten was inspired by the buildings’ architectural heritage and rich history of interventions, boldly combining old and new into a series of unique yet complementing spaces that embody the Institute’s interdisciplinary ethos as well as redefine the way the researchers interact, work and collaborate.

The Institute for Advanced Study brings together young scientists from around the word with the aim of generating ideas and developing new research methodologies. From biologists, to sociologists, to economists, the researchers work together on complex scientific and societal challenges such as climate change, immigration and financial crises, free from the constraints of disciplinary boundaries.

The two buildings were actually built as identical twins in 1642 by the famous architect Philips Vingboons. Different use and different owners, plus the introduction of a new façade two centuries later for one of the two houses, meant that when HOH Architecten started working on the project no two floors, or even two rooms, were identical anymore. Rather than reverting back to the original design, the architects took into account both their multi-layered history and the brief’s requirements, tackling each room individually in order to physically and programmatically reunite the two buildings after three and a half centuries.

Inspired by the characteristics of each room and the layers uncovered during the construction phase, whilst also being informed by the particular function each serves, every space at the Institute has its own unique style and ambience. Some rooms have been partially refurbished to their original state – most notably those on the ground floor whose baroque flourishes like ceiling moldings and wood carvings have been boldly highlighted in green paint – while others have been radically revamped, such as the adjacent ground floor spaces which have been monochromatically swathed in white tones.

In other spaces, the architects found inspiration in the building’s original timber structure, designing oak-framed partitions whose slim, perfectly cut profiles are juxtaposed with the size and texture of the large wooden ceiling beams that have been left exposed. The roof structure has also been left exposed in both attics, but whereas one of them is swathed in dark tones, the other was conceived as a much brighter space. The result of the room-by-room approach results in no one predominant aesthetic but rather a collection of different styles in conversation with each other, evocatively reflecting the cross-fertilization of ideas and multi-disciplinary group of scientists at the centre of the Institute’s identity.