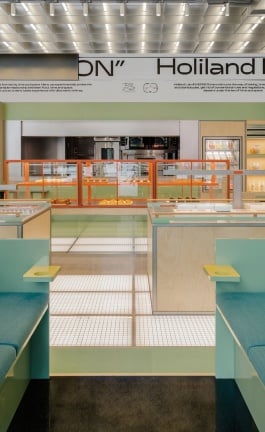 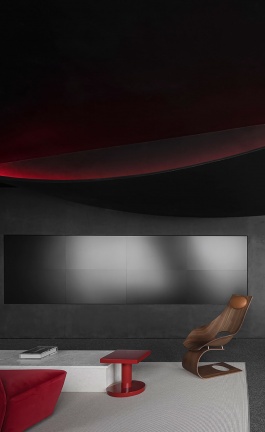 Homo Faber Celebrates Contemporary Craftsmanship with a Kaleidoscopic Event i...

While all eyes in the creative world are soon to be turned to Venice with the launch of the 59th Art Biennale on April 23rd, the city is already hosting an international cultural event that explores the richness and diversity of human creativity, showcasing exceptional talent, and promoting a more sustainable and inclusive future. Organized by the Geneva-based Michelangelo Foundation for Creativity and Craftsmanship, the Homo Faber Event (April 10th – May 1st) is an epic celebration of contemporary craftsmanship in all its manifestations, from interior and product design, to fashion, theatre and floral design, with a special focus on Japan’s artisanal traditions and its influence on European crafts.

Titled “Living Treasures of Europe and Japan”, Homo Faber’s second edition takes over the Fondazione Giorgio Cini on Venice’s San Giorgio Maggiore Island with 15 exhibitions spread across the building’s historic cloisters and galleries, as well as the 17th century Longhena library and the 1960s swimming pool, both of which are usually closed to the public. Comprising more than 850 objects by over 400 artisans and designers from more than 40 countries working on 110 different crafts, it’s undeniably an ambitious endeavour. Despite its wide-ranging scope, extensive footprint and diversity of makers, materials and techniques, the event unfolds effortlessly, weaving a complex yet cohesive narrative thanks to a stellar team of international curators that Michelangelo Foundation Executive Director Alberto Cavalli has assembled – a roster that includes American director and visual artist Robert Wilson, London-based fashion exhibition-maker Judith Clark and German designer Sebastian Herkner – as well as a group of well-informed students from across Europe offering visitors guided tours.

"Next of Europe" installation at Homo Faber by Jean Blanchaert and Stefano Boeri. Photography by Alessandra Chemollo © Michelangelo Foundation.

Coined by Roman statesman Appius Claudius Caecus to denote human beings as makers of tools, and by extension controllers of their fate, the phrase home faber (Latin for “man the maker”) was used during the Renaissance to convey the infinite creativity of human beings. It’s therefore an apt designation for an event that positions the act of making as a powerful force for good. In fact, as Cavalli remarked in his speech during the opening, the event isn’t showcasing “things” but rather “goods”, a term that encapsulates the ethos of craftspeople. Craftsmanship, as opposed to mass production, is a “good” type of work, an effective antidote to today’s fast-paced, mechanised, hyper technological world. In this sense, the goods on display, both functional objects and decorative pieces, demonstrate the ability of artisans and designers to create intrinsic value in our lives, not only by providing balance and beauty, but also by promoting a more human, inclusive and sustainable future.

Underpinning all 15 exhibitions is a dialogue between heritage and innovation – Michelangelo Foundation’s mission after all isn’t confined to preserving traditional craftsmanship but extends to encouraging original thinking and fostering vibrant exchanges between disciplines and borders. The exhibition that most evocatively demonstrates the potential of such a dialogue is “Mechanical Marvels”, a collaboration between design students from ECAL/University of Art and Design Lausanne and master artisans from the Swiss town of Sainte-Croix. Curated by Nicolas Le Moigne and Simon Kidston, the exhibition presents five interactive mechanical installations that demonstrate the creative results of sharing traditional know-how with a younger generation. The kinetic artworks, which include a rotating automaton that pays tribute to the ballerinas featured in music boxes, and one that features a mechanical arm trying to touch a small bird (both 3D-printed in titanium), are operated by winding a crack, a simple movement that belies a myriad of meticulously crafted parts comprising highly complex, idiosyncratic mechanisms.

Another exhibition that masterfully interweaves past and present is “Tracing Venice”, a collaboration between design studio Zanellato/Bortotto and metal projects factory De Castelli which reimagines the 12th century mosaics of St Mark’s Basilica as metal artworks. Combining state-of-the-art technology and laborious craftsmanship, the series copies the intricate geometric patterns of the polychrome mosaics as well as their deteriorating state caused by time and water – Venice is prone to periodic flooding, a phenomenon that climate change is exasperating. Based in copper, brass and steel, the metallic mosaics impress with their multi-coloured hues and nuanced finishes, achieved through oxidation, erosion and brushwork techniques, reflecting both the fragility and resilience of Venice’s architectural heritage.

Contemporary renditions of the city’s centuries-old urban fabric can also be seen in the exhibition “Pattern of Crafts” where a diverse group of artisans selected by German designer Sebastian Herkner from all over Europe present work inspired by the lace-lake octagonal pattern of the tiled terrace in front of the Basilica of San Giorgio Maggiore on the namesake island where the event takes place. Working with marble, glass, mosaic, stucco, wood or textiles, each artisan has conjured their own interpretation of the pattern through painstaking work as Belgian sculptor Julien Feller’s lace-like wood carving can attest (it took 3,500 hours to complete). Hung on the wall of the dimmed Barbantini Hall against a bespoke tapestry by the Italian brand Rubelli, the carefully illuminated artworks conjure an immersive, chapel-like ambience that invites reflection and contemplation.

While “Pattern of Crafts” brings together a diverse range of disciplines under a common theme, other exhibitions focus instead on a single material such as paper (“Magnae Chartae”) and porcelain (“Porcelain Virtuosity”). Set up as a cabinet of curiosities in the imposing 17th century Longhena Library, the latter is undoubtedly one of the event’s highlights in terms of creativity, craftsmanship and ambience. Curators David Caméo and Frédéric Bodet have handpicked 12 contemporary artists from Europe and Japan using innovative techniques to subvert the canon of Baroque and Rococo porcelain creations.

Some of the pieces that wowed us include French ceramist Grégoire Scalabre’s “The Ultimate Metamorphosis of Thetis”, a monumental 2-metre-high sculpture composed of 60,000 handmade ceramic pieces, American artist Chris Antemann’s sexually-suggestive imitations of 18th-century porcelain figurines for Meissen, Argentinian designer Ruth Gurvich’s “Lightscape” tableware collection for Manufaktur Nymphenburg which is based entirely on paper models, and the Brazilian duo Campana Brothers’ Limoges porcelain and chestnut wood cabinets for Bernardaud.

Japanese craftsmanship also features prominently in the exhibition via “12 Stone Garden” which showcases work by 12 Japanese National Living Treasures (a government administered designation that recognizes master artisans as bearers of intangible cultural properties). Presented in the magnificent Palladian Refectory on a series of low platforms designed by Naoto Fukasawa to resemble as the title suggests a stone garden, the exquisitely crafted artefacts that museum director Tokugo Uchida has selected showcase a wide range of skills such as ceramics, weaving and textile dyeing, lacquering, metalworking, woodworking, and bamboo craftwork. Short films playing on monitors around the space offer intimate glimpses of the master artisans working in their ateliers, as does “The Ateliers of Wonders”, a photographic exhibition at the Cypress Cloister outside by Japanese photographer Rinko Kawauchi.

Japan’s cultural heritage features prominently in two additional exhibitions: “Italy and Japan: Marvellous Liaisons”, which celebrates the cultural and artisanal ties between the two countries by bringing together a selection of contemporary Italian master artisans whose work is inspired by Japanese culture, and “WAITING with peace and darkness”, Robert Wilson’s ode to his 1993 production of Puccini’s Madama Butterfly at the Paris Opera which was inspired by Japanese theatrical traditions.

Drawing on elements of this production, Wilson has transformed the former Gandini swimming pool into a dramatic stage with his signature use of lighting, sound and visual effects. Props such as the WAITING CHAIR, a black lacquered chair with a bamboo leg featured prominently in the opera, are mixed with Frida Parmeggiani’s all-black costumes and Wilson’s own ink drawings amid a gravel courtyard that references the opera’s stage design. To enter the space, visitors pass through a dark passageway featuring video portraits of Suzushi Hanayagi, a Japanese dancer who Wilson has collaborated with on numerous productions including the choreography of Madama Butterfly. Now in her 90s and suffering from Alzheimer’s, Wilson’s hypnotic, slow-moving videos of her face, hands and legs transfixed us in combination with the minimalist ceramics by Taizo Kuroda and an eerie soundscape by Wilson and Dario Felli based on the sounds of Venice.

An all-sensory experience also awaits visitors at “Blossoming Beauty” where French exhibition scenographer and interior designer Sylvain Roca has set up an immersive floral phantasmagoria with the help of Murano-bases glass manufacturer Venini and ten international flower designers whose arrangements are as visually stunning as they are enchantingly fragrant. Enveloped in reflective surfaces, kaleidoscopic videos by French filmmaker Olivier Brunet and a vibrant soundtrack by French composer Christian Holl, the exhibition encapsulates Homo Faber’s fresh outlook and interdisciplinary sensibility.

Elsewhere in Fondazione Giorgio Cini, visitors get to watch a diverse range of artisans working their craft, including those from 15 luxury Μaisons at “Details: Genealogies of Ornament”, an exhibition curated by Judith Clark exploring the intricate processes and traditional skills behind the creation of contemporary luxury objects, from watches and jewellery to leather goods, fine tailoring, kimonos and perfumery.

Beyond the confines of San Giorgio Maggiore Island, the “Homo Faber in Città” programme enables visitors to visit over 60 workshops, ateliers, manufacturers, galleries and museums throughout Venice where they not only see local artisans in action but also escape the crowds, which, in a city where packs of tourists are ubiquitous this time of the year, is a real privilege.