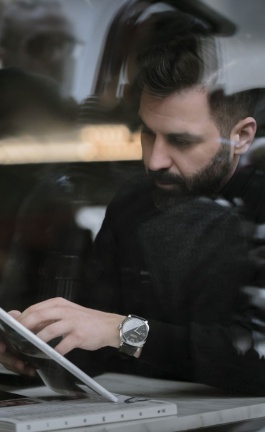 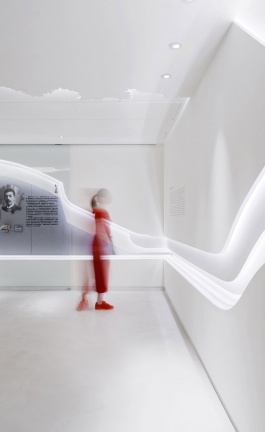 Discovering Taiwan: Immerse Yourself in an Abstracted Landscape of Wonders

Situated among the dramatic karst terrain of Yangshuo, China, an otherworldly, verdant landscape of winding rivers and limestone hills growing like giant teeth out of the green floodplains, and housed in a century-old sugar mill, Alilia Yangshuo is a new luxury resort that celebrates the rich history of its industrial past while seamlessly blending into its stunning surroundings. Designed by Dong Gong of Beijing-based Vector Architects, with interiors by Ju Bin of Horizontal Space Design, the retreat weaves together an unrefined rustic aesthetic of local crafting techniques and materials with a modernist sensibility of brutalist simplicity and design elegance. Combined with Alila Hotels and Resorts' hallmarks of subtle luxury, design innovation and sustainability, Alilia Yangshuo redefines hospitality as a destination experience.

Located on the banks of the picturesque Li River, the historic buildings that Alilia Yangshuo now occupies, have a long and turbulent history that was thoroughly researched by author and artist Liu Chuan Hung. Established in the early 1920’s as part of an visionary plan for an utopian society, the mill soon became a successful business. For a short while it also functioned as a weaponry factory but was left in ruins after WWII when it was rebuilt only to be permanently abandoned in 2002 for environmental reasons. Saved from a developer's plans to tear it down, it was finally acquired to house Alilia Yangshuo. Coined “The Legend of the Sugar Mill”, the mill’s eventful history inspired Liu to create a series of illustrative 200 paintings to be displayed in the retreat.

The story of the sugar mill and the power of the surrounding nature were the two major considerations that informed the architectural design - including the renovation of the existing factory buildings and the erection of a new wing housing 117 guest rooms and suites in the form of a concrete structure covered in a latticework of custom-made hollow bricks. Made from local sandstone and other materials gathered from earthworks in the construction and taking over six months to hand-make, the lace-like facades have “an airy sense of lightness, especially at night, with subtle lighting beaming through the walls” as Dong Gong explains.

The bricks also allude to the sugar blocks that were produced by the mill in the 1920’s as well as echo the brick exterior of the meticulously restored buildings, now housing the public facilities. The stark geometry of the guestroom block is sculpturally punctured by voids inside which serpentine bamboo installations are suspended, in what is an artistic tribute to the bamboo scaffolds used to shore up the tunnels that the locals made in the surrounding caves. Other local materials used in the hotel's design include red volcanic rock, discovered during construction and used to make terrazzo floors, wall screed and pottery for the guest rooms, and clay, which was used to make decorative reliefs for the guestroom bathrooms echoing the clay reliefs that local artisans made in the '60s, now adorning the headboards in the guests’ bedrooms.

The interior design of the public areas adopts an industrial aesthetic that harmoniously combines the sugar mill’s heritage with a contemporary sensibility. In the former pressing room which now houses the 1969 Bar, the entire concrete platform was left intact and seductively illuminated, on top of which a Perspex floor has been erected to serve as a sitting area where guests can enjoy more than 80 kinds of rum along with bespoke cocktails fittingly featuring sugar.

Accommodated in an adjacent pressing room, the Sugar House Restaurant is enveloped by the lush greenery outside, while the modernist interior of refined minimalism artfully incorporates old tools. Just as imposing, the resort’s lobby features a sunken, circular seating area whose red colour stands out amidst the earthy hues of the interior palette, as well as a large collection of art, a reference perhaps to the sugar mill’s founder who was known to be an art lover.

A retreat such as Alila Yangshuo wouldn’t be complete without a first-class spa. Inspired by the region’s karst caves, Spa Alila is located underground, accessed via an imposing stone-like spiral stairway, and offering traditional Balinese wellness traditions and techniques with local ingredients including, of course, black sugar. Undoubtedly though, the most stunning spot within the retreat is the original sugarcane loading dock that has been converted into an exterior leisure pool. Hovering over the river and framed by the posts and beams that made up the original structure, the pool deck offers a cinematic setting to relax and take in the spectacular landscaping unfolding imposingly all around you.