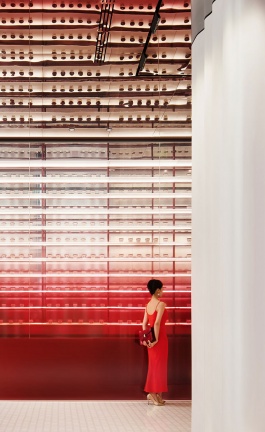 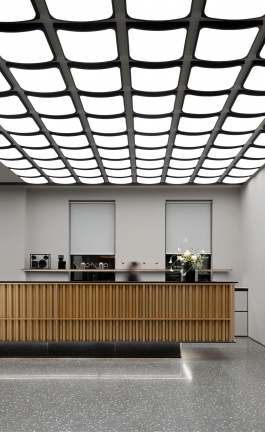 Hôtel des Académies et des Arts is an Ode to the Artistry and Craftsmanship o...

Taking over an 18th century Parisian building between Saint-Germain-des-Prés and Montparnasse, the recently unveiled Hôtel des Académies et des Arts bridges the past and present through the timeless power of artistic expression and artisanal skill. Designed like an artist’s studio by newly-fledged Lizée-Hugot Studio, the hotel draws from the area’s reputation as the Belle Époque’s preeminent artistic hub as well as the venue’s history – the building has housed a hotel for at least a century where numerous modernist artists both worked and lived. Underpinned by an unpretentious, stripped-down aesthetic, the 20-room boutique hotel is an ode to artistry and craftsmanship; from the hand-plastered walls and bespoke furniture, to a burgeoning collection of paintings, drawings and sketches, to the murals by French artist Franck Lebraly. Today, the characterful interiors bring back to life Montparnasse’s historic ateliers where artists once worked and socialized, exemplified by the fact that the hotel also includes a workshop where guests can draw and paint, also hosting regular exhibitions in collaboration with the historical Académie de la Grande Chaumiè across the street.

A cultural hotbed since the turn of the 20th century, Montparnasse became an internationally renowned artistic hub during Les années folles, as the 1920s are characteristically known in France, and 1930s, welcoming artists from around the world including future luminaries like Picasso, Miró, Dali, Chagall, Duchamp and Gauguin who congregated in the district’s cafés – many of which like Le Dôme, La Rotonde, and La Coupole are still in business today. Attracted by the creative atmosphere and cheap rents, many artists also made Montparnasse their home, including Amedeo Modigliani and Tsuguharu Foujita both of whom lived in the hotel’s premises, the latter settling there upon his arrival in Paris from Japan and the former setting up his studio on the hotel’s top floor. Both painters were also amongst a long list of prominent artists like Henri Matisse, Fernard Léger and Louise Bourgeois who attended the Académie de la Grande Chaumière across the street, which has been fostering life drawing, painting and sculpting since 1904.

Architect Stéphanie Lizée, co-founder, along with Raphael Hugot with their eponymous studio, has imbued the hotel’s interiors with the authenticity of an artist’s atelier, eschewing lavishness and ostentation for a pared down aesthetic of unassuming elegance. What makes her design so effective is that everything in the hotel is unique; not only has every decorative object and artwork been handpicked for each space that it adorns, every piece of furniture has been custom designed for the project, most by Lizée, and crafted by experienced artisans. Bauhaus and Art Deco-inspired wood-crafted tables, speckled mirrors and stainless-steel lights are complemented by large ceiling murals in the lobby and guestrooms, painted by French artist Franck Lebraly as a tribute to the Cubist and Surrealist artists who populated the neighbourhood.

On the ground floor, the public areas conjure the intimacy of a private home, complete with a salon, library and honesty bar. A muted palette of white, cream and natural wood hues sets the tone, with warm olive accents, most notably in the green-and-black striped velvet daybed in the salon, running throughout the interiors. While high shelving provides plenty of space for casually displaying artworks and ceramics, guests will also come across unframed paintings left on the floor and sketches perched on wooden chairs. Handmade iron nails lining the walls further convey the sense of an atelier as do stools decorated with “accidental” paint specks.

The hotel’s atelier theme culminates in the lounge-cum-workshop, a spacious, artwork-filled room centred on a 10-meter-long trestle table located below a skylight. Here, guests who wish to paint or draw can get their hands on art materials as well as have their breakfast in the morning and enjoy a coffee during the day. Art classes organized in conjunction with the Academy across the street enhance the hotel’s art-orientated sensibility and further convey conviviality and spontaneity, as do temporary exhibitions of paintings, drawings and ceramics which guests can also purchase. Rounding up the hotel’s facilities, a wellness area in the basement offers spa treatments and yoga sessions in collaboration with the Tiger Yoga Club.

Natural materials, muted tones and plenty of artworks also underpin the 20 pared-down guestrooms, each one uniquely decorated by Lizée. Designed as a nod to Van Gogh’s iconic painting The Bedroom, the rooms are swathed in cream-coloured, lime-plastered walls and are sparsely furnished with knotty oak headboards, stained wood desks and felt throws. Long, high wooden shelves showcase academic drawings, nudes, old photos and ceramics, with discrete splashes of red, blue and olive punctuating the otherwise subdued colour palette, while in the bathrooms, black and white glazed tiling alludes to the Parisian buildings of the early 20th century.

Lebraly’s pastel ceiling murals, which adorn ten of the rooms, are undoubtedly an enticing focal point. Informed by each room’s volume and light, the Picasso-esque, figurative murals vary in subject matter, from Surrealist favourites like lemons, roosters and eye-shaped fish, to women’s silhouettes and mythological acanthus motifs, to a countryside fishing trip – a theme cherished by the painters of the Belle Époque. Looking up at Lebraly’s poetic artworks when you wake up in the morning and as you fall all asleep at night is sure to unlock the imagination, offering a window into the artist’s universe; as Henri-George Cluzot wrote in The Mystery of Picasso, “to know what goes on in a painter’s mind, just follow his hand”.