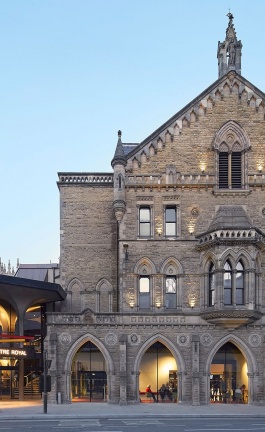 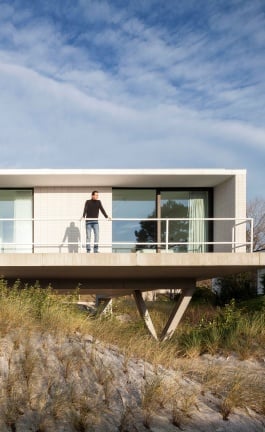 Nestled in South Pigalle, Paris' new “it” quartier, and embracing the area’s eccentric blend of the hip and the local, the glamour and the grit, Hotel Grand Pigalle opened its doors in the spring of 2015 as a unique boutique hotel that blends the class of a private club with the ambiance of a bohemian gathering place.

Similarly to London’s Shoreditch and New York’s Williamsburg, South of Pigalle, or SoPi as it is locally known, has emerged in the last couple of years as the playground of hipster Parisians, or BoBos (bourgeois bohemians) as they have cleverly branded themselves, transforming this once quite neighbourhood of romantic squares and grand mansions known as La Nouvelle-Athènes, into a bustling, round-the-clock hub of eclectic fashion boutiques, trendy cocktail bars and late-night dance clubs. Into this burgeoning milieu comes the Experimental Group—an events consultancy, founded eight years ago by Romée de Goriainoff, Pierre-Charles Cros and Olivier Bon that has grown into a household name in high-end hospitality with an eclectic mix of bars and restaurants across London, New York and Ibiza—to launch its first ever hotel venture.

The 37-room hotel occupies a six-storey Haussmannian building on the corner of rues Victor-Massé and Henry Monnier, its wrought iron balconies overlooking avenue Frochot where Toulouse-Lautrec once lived and its bull’s eye windows on the attic level spying on the Sacré Coeur on top of Montmartre. Designed by Dorothée Meilichzon, founder of the Parisian design agency CHZON and regular Experimental Group collaborator, its interior can be described as a contemporary-retro take on classic French design with Anglo Saxon details. The public spaces on the ground floor, an amalgamation of lobby, lounge and bar, feature parquet floors, mahogany panelling and brass fittings alongside soft-leather chairs and velvet sofas, all steeped in a colour palette of golden and blue-green hues. This richly flavoured aesthetic is complemented by exposed stone pillars and white panelled ceilings, creating an ambiance of bohemian elegance. Similarly, the design of the guestrooms invokes the aura of bohemian Paris through original moldings and marble fireplaces, large bathtubs and glossy tiling in the bathrooms and aged and textured wallpaper. Add the soft lighting and the upholstered bedheads and you get pied-à-terre of comfort and coziness.

From wallpaper and tiling, to bar tables and hexagonal handles in the bathrooms, central to Meilichzon’s interior design is the playful use of polygons.

Central to Meilichzon’s interior design is the playful use of certain leitmotifs, foremost of which is polygonal shapes, from wallpaper and tiling, to bar tables and hexagonal handles in the bathrooms. Most prominent is the use of the octagon, which is considered a symbol of the South Pigalle quartier due to its shape on the map. Other motifs are associated with Experimental Group’s art-of-cocktail bona fides: the custom-woven carpet in circulation areas features a martini-glass pattern, the brass bedroom door-knockers are shaped like pineapples and the guest rooms feature rolling carts. These kinds of whimsical details along with others such as the antique-looking metal room-keys with leather tassels, the vintage-inspired Bluetooth speakers and the bottled cocktails in the guestroom minibars, give Grand Pigalle Hotel a distinct, playful personality and a cool, understated bonhomie.

For its restaurant, the hotel has opted for an Italian flavour with a contemporary Mediterranean menu conceived and overseen by foodie-revered chef Giovanni Passerini out of products selectively sourced from small local and Italian producers and a wine list featuring some 200 Italian wines, rounding up an establishment whose attention to detail is as diligent as its casual elegance is distinctly Parisian.