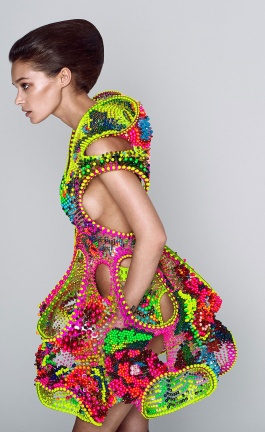 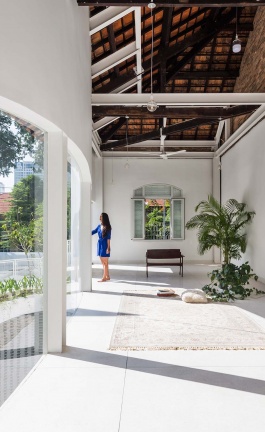 In a residential suburb of Melbourne named Alphington, Andrew Walter’s architectural practice (Walter&Walter) has planted a family home that quite unnoticeably sits atop an open, landscaped terrain. For Walter, that environment opened up opportunities, rather than problems. “It allowed exploration into questions about privacy and openness”, he explains. “From the street, the façade is closed and private with only a small recess designating the front door. As you move through the house it opens up when you move past timber screes and then through the courtyards.”

It’s an unassuming design, which exudes privacy and calm. “The simple form of the house plays down its spatial complexity”, says Walker about the unobtrusive structure. Consisting of a simple façade, the house can be seen as an envelope that opens and closes, adjusting to different contexts, into other formal outcomes.

Created for a family that requested a retreat that would suit their changing needs over time, House A was conceived to “consider the relationship of the house and each room to the landscape of the site”, Walter explains. On the outside, the house is covered with timber latticework made of Silvertop Ash, a common tree in South-East Australia. “The material palette is restrained to minimise distraction, primarily timber and glass…This is a house made by a carpenter. The finishes of the timbers vary from rough to smooth and the material has been selected for how it will change over time, aging gracefully with the passing of the seasons.”

The timber is renewable, while other materials were chosen for their capacity to be recycled in the future. The building itself is energy-efficient thanks to a “considered approach to how it responds to its environment. These factors influence window locations, openings in the façade and how the house was located on the site”, expounds Walter.

This, in combination with Walter&Walter’s characteristic restrained aesthetic and honesty in the approach to building materials, results in a superbly serene atmosphere, where stillness and nature enhance each other, and where the form of the structure is a by-product of the interior plans.

Employing the concept of a field allowed Walter to create “varying responses and spatial relationships between rooms and to the surrounding landscape”, all the while “avoiding stylistic responses for the architecture, but rather exploring interior spaces and then their external relationships.”

Within the house there are spaces that not only allow for change over time but are spaces that can be used as a place to play or contemplate a complex problem. Under the stairs there is an intimate space to sit and look over a courtyard or for a child to play in changing light conditions created by the timber screen.” He continues: “The courtyard adjacent to the bathroom is another example where nature is allowed in, in both a calming and playful way.”