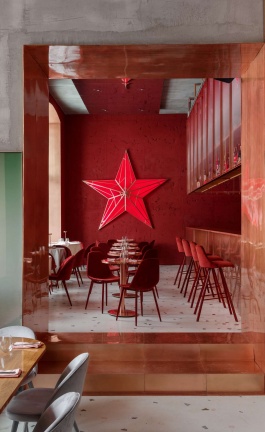 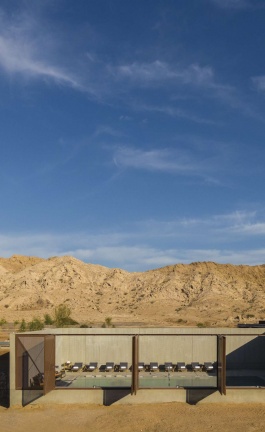 One of the most thought-provoking exhibitions that caught our eye during Milan Design Week 2019 was “Human Code”, Italian artist and designer Roberto Sironi’s solo show at Società d’Incoraggiamento d’Arti e Mestieri (SIAM). Drawing from art, design and technology, and based on two years of research, the exhibition traces the most important stages of human evolution, from the emergence of homo sapiens to the present, and in particular the relationship between man and nature, through ten distinct but interrelated artefacts that Sironi has designed. Anthropological in spirit - autobiographical at heart, the ten pieces represent ten salient moments in the history of mankind, but they are also quite personal, not only because they bring the designer’s vision to life, but also because are intimately connected to Sironi’s personal narrative.

What connects all the ten pieces together is a notion that is somewhat paradoxical: contrary to what the concept of evolution suggests, from the moment a genetic mutation created humans as a separate species from other primates, our mindset, much like our human code, a.k.a. our DNA, has remained almost unchanged. And if there is one predominant motivation that has consistently galvanized and characterized humans throughout the ages, it is the wish to overcome nature. Which is why, when it comes to humans, according to the designer, it’s impossible to separate the artificial from the natural. This axiomatic proposition has informed the design of the artefacts on display which intricately interweave artificial and natural features both in terms of techniques and materials, from bronze, alabaster and gypsum to the use of neon and robotics.

Housed in the cellars of SIAM’s majestic Neo-Renaissance palazzo, which was purposefully built in 1889 for the institution’s educational and training programs, visitors, who are required to wear protective helmets before they descend into the underground exhibition space, would be excused of thinking that they have stumbled onto some kind of archaeological excavation, which is precisely the point. Curated by Annalisa Rosso and prominently displayed amid the dimly lit, cavernous surroundings, Sironi’s artefacts are imbued with a mysterious and timeless aura that urges visitors to momentarily discard their contemporary provenance and consider them as dug up evidence of mankind’s existence on the planet.

One of the first things visitors see once they enter the cellars is "Idol of Domestication", a bronze corncob adorned with onyx kernels, which represents one of the earlier instances of mankind’s subjugation of nature. Domesticated in what is now Mexico about 10,000 years ago, maize is a staple food in many parts of the world and in the context of the exhibition, a reminder of our sway over nature. But for Sironi it’s also related to a trip to Peru and Bolivia where, as he says, he went to connect with his origins as a human being.

Nearby, "The Invention of Fire" a pile of charred logs made out of wax, represents our first and most powerful triumph over nature, which Sironi considers mankind’s first technology breakthrough, while an exquisite alabaster tibia ("Untitled") alludes to “the dawn on man”, one of the early scenes in Stanley Kubrick’s 2001 Space Odyssey when an ape uses a bone to smash a skeleton. In contrast to the hand-crafted tibia, which was sculpted by the workshop that produces work for Ettore Spalletti and Anish Kapoor, "Digital Venus", a small prehistoric deity on display was 3D-printed by a six-axis robotic arm at Politecnico di Milano.

Undoubtedly the most eye-catching piece is "Rutor glasier", a neon installation of a long string of numbers whose red glow could very well be emitted from the embers of the aforementioned fire. Although they appear arbitrary, the numbers represent the decrease in cubic meters of the titular Alpine glacier in the last hundred years, poignantly shedding light on the issue of global warning, a man-made phenomenon if ever there was one.

But perhaps the most telling evidence of our winning efforts to overcome nature is the development of computer code, our own version of nature’s genetic code, and as such Sironi uses it in two pieces, fittingly the first and last that visitors encounter: "Traces", four copper plaques etched with a series of circuits that hang near the cellar’s exit, and "Human code", an impressive monolith in SIAM’s courtyard, the only piece outside the underground exhibition space, which has been inscribed with a computer coding language that represents the electrical impulses of the heartbeat. In a prehistoric monument paying homage to an advance technology that has permeated all aspects of modern life, Sironi poetically points out that the Anthropocene, the current geological age with the symbolic start date of 16 July 1945, actually began hundreds of thousands of years ago when humans first walked the planet.