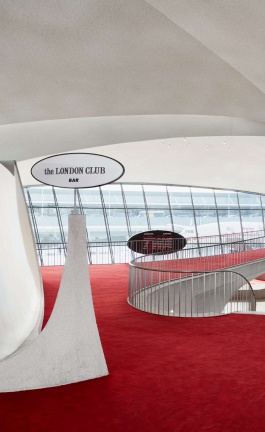 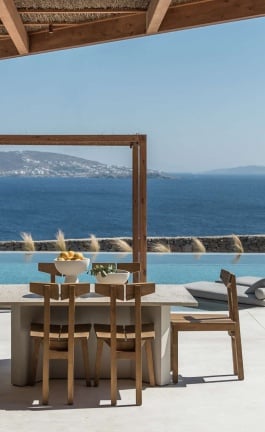 Ibis Styles Sarajevo Draws from the City's Vibrant Past to Celebrate its Prom...

Idyllically located at the foot of snow-capped Mount Trebević and sporting a rich, multi-cultural and multi-faith heritage that dates back to the 15th century, Bosnia and Herzegovina’s capital, Sarajevo, is a remarkable destination of Ottoman-era cobblestone alleys, candy-coloured Austro-Hungarian mansions, and gleaming glass office towers, made all the more intriguing by its tumultuous history as the bloody epicentre of the Bosnian War in the early 1990s. Catering to a sharp rise in tourism, the recently opened Ibis Styles Sarajevo taps into the city’s diverse architecture, local artisans and historic fabric in celebration both of Sarajevo’s vibrant past and promising future.

Occupying an existing building and a newly built tower block, the 192-room hotel sports an eclectic aesthetic of Balkan chic and urban grittiness by Polish interior design practice MIXD studio, inspired by the 1984 Winter Olympics which the city successfully hosted less than a decade before the catastrophic war. More than just a nostalgic gesture that harks back to one of the happiest periods in the city’s history, the choice of the 1984 Winter Olympics conveys both the city’s potential for greatness and indomitable spirit.

On the ground floor, the hotel’s lobby is intertwined with the shisha bar Chill Cafe in an eccentric space that boldly combines rough concrete surfaces and exposed ceiling services with colourful carpets and hand-crafted wooden furniture, setting the tone for the entire hotel. And if that wasn’t enough to convince you of MIXD studio’s playful approach, the designers managed to acquire a number of old gondolas that were once part of the local ski lifts which now hang from the ceiling for guests to sit on.

Clever references to the Winter Olympics such as this abound throughout the hotel. Large winter landscapes by Polish illustrator and graphic designer Karol Banach colourfully grace the a-la-carte restaurant and other spaces, a pair of vintage skis painted in an orange hue hangs on the wall of every guestroom while a whimsical portrait of the 1984 Winter Olympics mascot, Vućko the wolf, hangs above the fireplace in the lobby. Such iconography is also playfully juxtaposed with handcrafted details like hand-woven kilims indicating the guestroom number and the installation of hand-forged metal trays in the restaurant. Together with a wellness and spa area in the basement and a bar on the 15th floor blessed with panoramic views of the city and the surrounding mountains, the hotel thankfully complements its aesthetic exuberance with some good-old pampering.