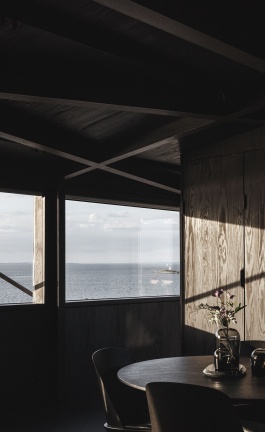 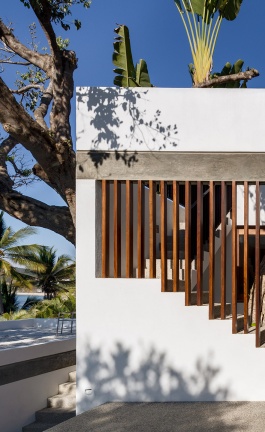 A Beachfront Residence in Mexico Revels in Tropical Lushness

Made entirely out of star-shaped particles that were poured in place by a rapidly deployable, large scale robot, the University of Stuttgart’s ICD Aggregate Pavilion 2018 looks as wondrous as it sounds. Spearheaded by the university’s Institute of Computational Design & Construction (ICD), the pavilion is the culmination of 10 years of research into designed granular materials for architecture whose pioneering potential lies in their ability to be fully reconfigurable and reusable. To understand the groundbreaking aspect of ICD’s achievement, think about the sand castles of your childhood which could be rebuilt in infinite configurations using the same amount of sand. Likewise, a self-supporting structure made out of unbound particles not only means that it can be rapidly constructed and easily reconfigured but that it can also be conveniently dismantled and re-assembled in different locations.

As is frequently the case, the inspiration behind this trailblazing technology comes from mother nature and specifically the way that large granular masses of substances such as sand, gravel or snow are formed through perpetual cycles of erosion and accretion. By emulating this behaviour where structural integrity relies on friction rather than adhesion, amalgamation or coagulation, architecture can theoretically achieve continuous reconfiguration. Thanks to ICD’s Aggregate Pavilion we now know that this theory can be applied in practice.

For the construction on the pavilion the researchers used two different types of particles: spherical, inflatable units that are used as a removable formwork, and interlocking hexapod and decapod star-shaped units custom-made from recycled plastics. Both types can of course be re‐used as they are not bound to each other ( the pavilion’s particles had in fact been deployed in several test projects beforehand).

The pavilion, which is 7 metres long by 5 metres wide and has a height of 3 metres, consists of about 120,000 white, star-shaped granules that form two interconnected vaults. The particles were poured in-situ, as all structures made from unbound aggregate particles have to be, by a cable-driven, parallel robot that was custom‐made for the project. Using the inflatable yellow spheres to define the internal void and the particles’ storage boxes to delineate the pavilion’s boundaries - a sustainability exemplar where even the packaging is multi-purposely reused - the particles were unloaded by the robot in precisely defined depositions, made possible by a custom‐written interface which continually checked the geometric accuracy of the structure using image segregation. The end result of this intricately choreographed construction process is a crystalline structure whose ethereal appearance belies its structural integrity.

The expeditious nature of the process in conjunction with the exclusive use of light-weight components, the boxes they came in, and a portable robot, makes this kind of architecture ideal for temporary structures such as those used for commercial and recreational purposes as well as disaster relief. A paradigm for both recycling and reuse of materials, the ICD Aggregate Pavilion 2018 proves that at the confluence of science and architecture, design can embrace both sustainability and beauty.