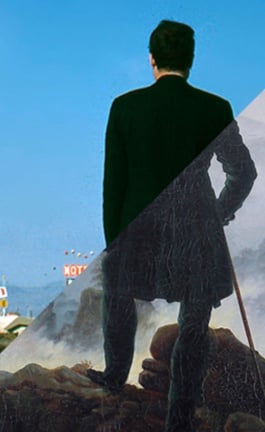 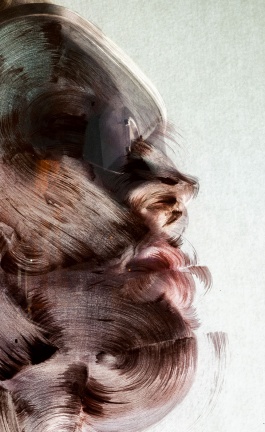 Photography by Maria Mira and Cualiti.

LZF Lamps’ inventive 2016 campaign, Telling Tales, features a collection of stories wherein the lamps support and illuminate the lives of the story’s characters. The award winning, internationally acclaimed company was founded by Marivi Calvo and Sandro Tothill twenty years ago after they designed a lamp for their home in Valencia, Spain, from wood veneer which they discovered had an ethereal quality to diffusing light. Timberlite, the ecologically treated veneer they’ve since developed, allows the wood to be hand bent into every shape their unstoppable imaginations allow —from a suspension lamp inspired by Agatha Christie, to the giant Koi Lamp the firm designed and unveiled at Milan’s Euroluce/Salon del Mobile in 2015.

Inspired by the work of American painter, Edward Hopper, Masquespacio studio suggested that the images of the Telling Tales campaign, which was conceived and directed by Marivi Calvo, bear the same rusty colour scheme and rich, stylized tone as the artwork. Meanwhile, Alfred Hitchcock’s 1954 film, Rear Window, became the starting point for the campaign’s images, photographed by Maria Mira and Cualiti, to resemble still frames from a film. Through the words of writer and novelist, Grassa Toro, that accompany the campaign, these glimpses into the private world of the characters don’t reveal their full story, but are merely snapshots, as if a spectator is catching glimpses of them from a distance.

Photography by Maria Mira and Cualiti.

Reading the first of six stories, simply titled Julie & Nelson, the observer surmises that the two characters are siblings, since they have never kissed and lead lives on opposite sides of the timetable. The campaign’s prop and costume designer, Rocio Pastor, placed Julie and Nelson within moody midcentury modern furnishings such as Eero Saarinen’s Womb chair (Knoll, 1948) and vintage-inspired Marshall speaker cabinet, while dressing them in beautifully detailed garments that even Grace Kelly and Jimmy Stewart’s Rear Window characters would covet.

Throughout all the images and stories that they tell, the gentle glow of the LZF Lamps–such as their New Wave suspension and Air MG table lamps—becomes the focal point which the story revolves around. It’s almost as if the lamps are the true observers of the tale but they don’t demand to be the focus; only that their comforting envelopment soothingly edges the character’s lives towards their futures.

The full campaign will be released through the company’s social media channels, Magazine No. 3 and in six, special edition books over the course of the year.