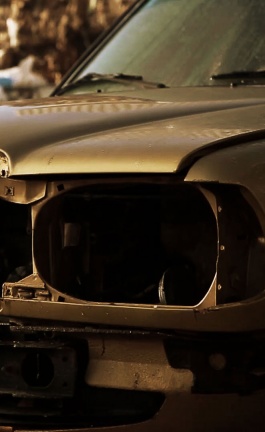 The CARMA Project: A Bicycle Made From The Scrap Of A Car 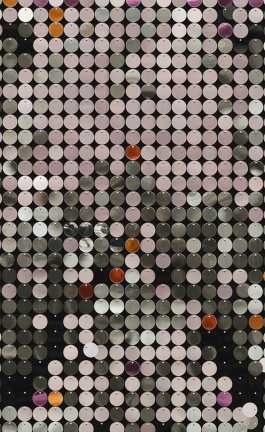 Piles Of Soil, Water And Rubble Made Of 45.546 Shiny Sequins By ÖRNDUVALD

Highly acclaimed, multi award-winning French photographer and visual artist Jean-François Rauzier has quite a long tradition as a distinctive visual storyteller and a prolific purveyor of re-imagined photographic hyper realities and utopian worlds.

Working as a professional photographer for nearly 40 years, Rauzier travels all around the world exploring cities, civilizations and cultural heritages, while trying new techniques and mediums to illustrate his unique vision of the world. In his relentless quest for a new medium of expression, it was only natural that numerical photography immediately captivated him when it penetrated the professional market 15 years ago. ''I waited 25 years for digital technology so I could finally do what I always wanted'', he says. Since then he has been exploring the multiple opportunities offered by digital post-processing, successfully turning himself into a ‘virtual painter’. In 2002, he invented the concept of the HYPERPHOTO, an elaborate virtual image consisting of several hundreds of shots taken with a telephoto lens and then digitally stitched together with the aid of technology. Each composition is made up of between 600 and 3,500 individual close-up images and amounts up to 120.000.000 pixels in total. ''It’s an attempt to reveal every element of a place, taking photos as closely as possible, as widely as possible, and from all angles'', he explains. Flattening curved lines and distorting perspectives, juxtaposing, duplicating, twisting images and finally adding details and imagery from his vast library, he re-imagines and manually reconstructs an entire scene by meticulously assembling it piece by piece. ''It’s a kind of absolute power over the world'', Rauzier enthusiastically asserts.

The outcome is images of monumental scale and depth, assembled with such virtuosity that they trick and deceive the eye, simulating the illusion of reality. Rauzier’s visual language is all about extraordinary detail, combining both the infinitely big and infinitely small within the same image. Through multiple angles and endless repetition, he creates multi-layered images, with numerous fascinating and unusual details to dwell on, that require a few looks (and zoom-ins) in order to grasp the whole story. Projects like ‘Babylones’, ‘Bibliothèques Idéales’, and the ‘Versailles’ series reveal an omnipresent interest in architecture, utopian worlds, the infinite and the surreal. His works invite the spectator into a dreamlike, sometimes fantastic universe where classical and modern architecture are celebrated, re-imagined and further elevated into the realm of the oneiric. Set somewhere between fiction and reality, one is immersed into a never-ending maze of parallel worlds and hyper realities, where endless rows of library stacks, obsessively replicated cornices and crazy interweaving staircases - that lead to nowhere - create vanishing points of absolute infinity.

Following on from these, Rauzier now presents his new project ‘Arches’ in an exhibition held at the Palais des Arts et des Festivals in Dinard in France from January 26th to April 1st, 2013. ‘Arches’ is a narration project that centres around pictures based on the story of Noah’s Ark accompanied by extracts from Genesis. Curated byAshok Adiceam, the exhibition is a walk through a series of forty brand new pieces, ranging from photographs and videos to a monumental sculpture and fake documents specifically recreated for this event. Rauzier insightfully speculates on a series of alternate pictorial realities bound by fictional destinies, where humanity might face the need to escape a major catastrophe, subsequently colonizing futuristic hybrid settlements in order to create a new form of civilization. After being issued with fake passports and currency, visitors are invited to pass through customs where 22 Arks await, ready to transport us to a mysterious and fascinating re-imagined universe. ‘Arches’ is an ambitious narrative project of impressive speculative extent, encompassing cultural, religious and socio-political issues within the bounds of alternate reconstructed photographic realities. In his ‘archeo-modernist odyssey’, Rauzier flirts with utopian visions of futuristic societies, forcing us to reflect on our own present-day society in regard to the central themes around which the exhibition is centred: exodus, culture, science, progress, oppression, threat, utopia, freedom and salvation.

This is definitely an experience that is not to be missed. But for those of you who cannot attend, make sure you visit the ‘Project Arches’ website for a spectacularly detailed virtual tour of the exhibition and endless full-screen zoom-ins through a collection of Jean-François Rauzier’s past projects. Seen as a whole, his spectacular oeuvre invites us to embark on an fanciful journey through parallel universes of replicated reality where the imaginary co-exists with the real.