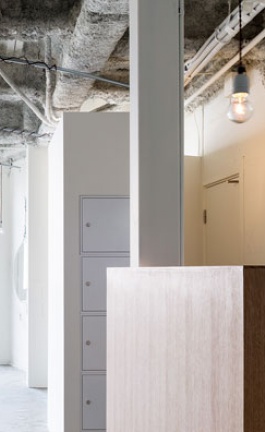 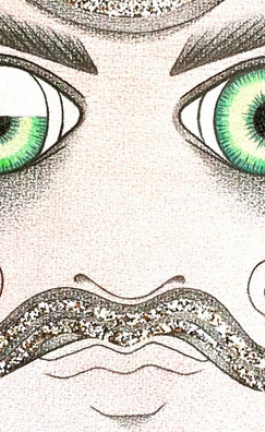 Although a silver neo-classical Greek bust where anvils are bent over the head and a safety pin is placed through the nose might not be everyone’s idea of beauty, North American sculptor Joel Morrison’s star pieces for his second solo show at Almine Rech Gallery in Paris, appear to be just that.

A new body of Joel Morrison’s stainless steel assemblages will be showcased in an exhibition at the Almine Rech Gallery, Paris, up until 15 February 2014 featuring works such as Well Bred (2013), Untitled (Anvil Jaws, 2013), Disco Ball Caught in a Bear Trap (2013) and Still Crashing (2013). Morrison’s works generally tend to question our idea of beauty through their juxtaposition of everyday objects and  mesmerising smoothness. The duality between ordinary objects such as neck braces, anvils, safety pins, corncobs, leather jackets and even urinal refreshers cast in stainless steel, and the artist’s command of manipulating the material, in turn creates a tug-of-war between high and low culture as it oscillates ''between high and low, minimalism and abstraction, order and chaos'', as the exhibition description aptly reads.

At first, Joel Morrison’s work might seem banal, or even grotesque; smooth shiny surfaces bear a resemblance to Jeff Koons’ oversized balloon artworks, mundane objects are seemingly randomly plopped onto a steel form and melted together to make the one sculpture. Having said that, these highly polished works combine both Pop Art and Surrealism and demonstrate the artist’s craftsmanship that go even so far as to recall the mastery of British sculptor Tony Cragg. The elevated status given to these everyday objects, just by displaying them outside of their habitual surroundings, forces us to really look at them which as the Gagosian Gallery believes produces a ''reinvented dystopia''.

Reinvented dystopia or not, for defunct Austrian artist, Franz West, Joel Morrison’s work possesses.... ''A raw reality that remains supple by being lubricated or oiled with a kind of sarcasm.'' Indeed, his sculptures look rather comical, an example being Well Bred which demonstrates the artist’s neo-classical style in which the bust dons a croissant as a moustache; a reflection of South Californian Hispanic ‘cholo’ sub-culture.

While Morrison makes numerous implicit cultural references and links to works by other artists, this isn’t a simple case of reading around his work in order to feel the immediate pull the sculptures exert. The flawlessly polished works reflect their surroundings like convex liquid mirrors. Despite their static nature, they are dynamic and in constant motion, where the passing reflections of those that view them create momentary shifts in their surfaces. Neither created by an industrial team, nor through machinery to reach the desired result, the result in Morrison’s work exhibits absolute mastery and skill.