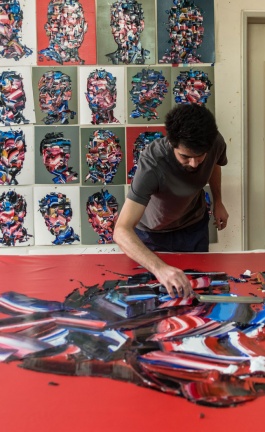 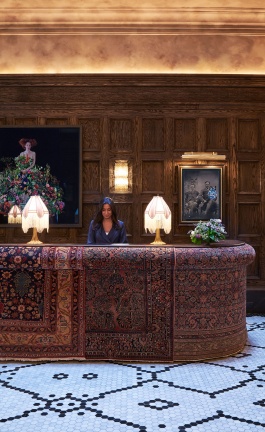 Looking Up: The Beekman Hotel by Gerner Kronick + Valcarcel Architects in New York

In addition to its picturesque canals and museums, Amsterdam is also famous for its trams, whose slender design and the characteristic sound of its bell are such a significant part of the city’s atmosphere. Dating back to the mid-19th century, Amsterdam’s tram network is one of the largest in Europe, and connects almost every district and suburb to the city centre. An abandoned tram depot in West Amsterdam, where trams used to be repaired and maintained, has found a new life as Kanarie Club, a multipurpose space that welcomes patrons from early morning to late into the night. The colourful space is designed by Studio Modijefsky, the designers behind other notable local hospitality projects, such as Bar Basquiat and Bar Botanique in the Amsterdam East district.

For the transformation from a cavernous warehouse into a fun and welcoming space, Studio Modijefsky came up with clever zoning strategies that break down the vast floor space into smaller areas for dining, drinking, lounging and working via placing the bar on a raised platform right in the centre of the whole space, which helped separate the different zones around it. Like an ornate centrepiece, the bar was crowned with an illuminated arch made of reclaimed tram tracks found inside the depot, the grooves of which are still visible on the floor. The building’s considerable height was also a challenge for the designers, which was met by creating more raised platforms and dining boxes along the walls, and by adding a new staircase to the mezzanine in order to connect it directly with the main area. Different colours and types of wood were used to demark the working area, dining area, mezzanine and bar, while the inventive use of lighting adds even more variety and a dash of festiveness to the overall space —almost reminiscent of the outdoor fairs or festivals the Netherlands are so famous for.

Like an ornate centrepiece, the bar was crowned with an illuminated arch made of reclaimed tram tracks found inside the depot.

The building’s past also offered ample inspiration for design details, such as the use of iron and wood that reminds of old tram wagons. Vintage-looking stools and custom-designed seating also offers a nod to the past, made to resemble the original Amsterdam electric tram seats. On a more playful note, some of the benches next to the bar are placed on wheels sitting inside the old tramline grooves, giving the impression that they might roll out into the city at any moment. Last but not least, is the nearly surreal Pool Area, which features an actual pool that is filled with cushions instead of water while the pool structure itself has steps inside where patrons can lounge and enjoy a cocktail, while public pool signage, outdoor furniture and a wavy mirror complete an almost theatrical setting for a summer party.