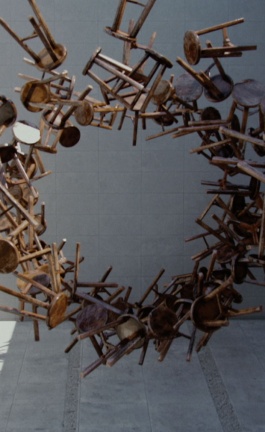 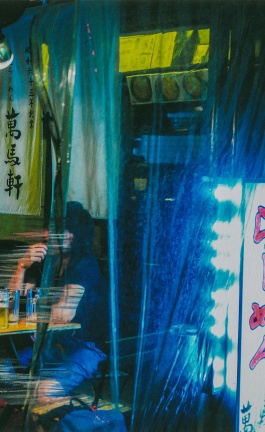 The sportswear brand that needs no introduction, Nike, has once again enthralled, excited and created a buying frenzy with the latest member to sprint into their Air Max family, the Nike Air Vapormax Flyknit. After much hype and anticipation, Nike released the new shoe through a simultaneous global launch that had sports fans and creatives alike in a celebratory mood on a day that has now become an institution - March 26th 2017, otherwise known as Air Max Day. For not only were we celebrating the Day, but also the 30th birthday since the creation of the one that started it all, the Air Max 1.

With the  Greek capital also in the mood, Yatzer laced up its favorite Nike's as we joined more than 500 other RevolutionAIRS at the KISS MY AIRS / ATHENS ON AIR party on the rooftop of Bios, which was organized to perfection by the event production company, Yard. Yatzer's Founder and Editor-in-Chief, Costas Voyatzis, was also on hand, not only as one of the leaders who guided a bevy of Air-wearing runners across Athens' downtown to the venue, he also Art Directed the amazing, aerial photo exhibition by photographer, Costas Spathis. This featured the favorite city neighborhoods of five true Athenian RevolutionAIRS (such as Mr. Yatzer himself, track and field champion, Anastasia Karakatsani, graffiti artist, Same84, vlogger imikriolandeza - aka Danae Georganta - and Greek actress Youlika Skafida) which were featured in five enormous, colorful photo boxes all around the rooftop venue.

As guests mingled around the photography exhibit, munched on Air-cupcakes, and took countless selfies, as well posing in Nike's rooftop "photo studio" - they also ogled the new, Nike Air Vapormax Flyknit. Reverently displayed in a glass case, they are a true testament to the innovation of the revolutionary sneaker originally designed in 1987 by Tinker Hatfield.

We're not ones to usually share bits of trivia, but did you know that Hatfield was originally a corporate architect who was hired to design buildings at Nike's headquarters in Oregon? As is common lore, he soon drifted into shoe design but it was during a trip to Paris, and specifically to the controversial Centre Pompidou during the time he was trying to come up with an innovative design, that sparked the avant-garde idea: to make the gas filled urethane pouches - which were designed by Frank Rudy, a former NASA engineer - in the shoe's soles visible for all to see. Just take a look at the Centre Pompidou and Hatfield's inspiration is as clear as… a Nike Air Max midsole!

Through the years the beloved sneakers have undergone transformations and have been unified with new innovations too countless to list here. Nevertheless, one detail has always remained a constant: that incredible and almost indescribable feeling of… running on air!

Now, we know we've whet your appetite to lace up your own sneakers, so get in touch with your local Nike + Run Club, join other RevolutionAIRS and hit the pavement running #JustDoIt.