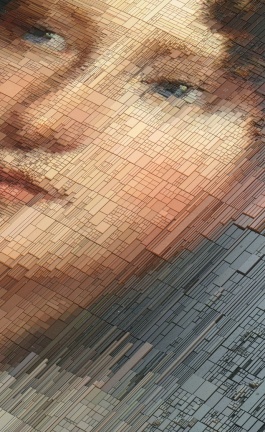 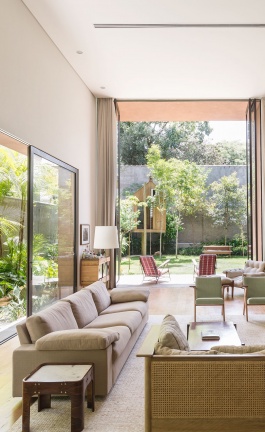 Located on Berggase in Vienna, a stone's throw from the city’s neo-Gothic marvel that is Votivkirche and just two blocks away from Freud’s former office and apartment, now housing the Sigmund Freud Museum, krypt. bar couldn’t be more conspicuously located and yet you’ll be surprised to know that the existence of the underground space it occupies was unknown for several decades. It wasn’t until the late 18th century heritage building was undergoing renovations that a bricked up staircase was revealed leading to a hidden 250 square metre cellar. The cavernous space used to be a semi-legal music club in the 1950s and 1960s, part of the city’s flourishing jazz scene, so it was only fitting that it has now been transformed into a contemporary cocktail bar.

Refurbished under strict conservation guidelines by Viennese practice BÜRO KLK in collaboration with BFA Architects, the establishment retains the striking aura of its centuries-old heritage, complemented by BÜRO KLK’s interior design that channels the glamour of its clandestine past through an eclectic materials palette of refined luxury, juxtaposed with the time-worn charm of the building’s exposed brickwork. As the designers point out, it was less a matter of reinvention and more of a case of revelation of the genius loci, summed up by the project’s title, “Archaeology in a Jazz Club”.

Accessed through an unassuming door on Wasagasse off Berggase, patrons make their way into a mirrored vestibule and adjoining cloakroom where a floating staircase ceremoniously leads them down, well below the street level. It is a staged descent in the spirit of Sunset Boulevard’s Gloria Swanson who enacted her delusions of grandeur as she descended her mansion's staircase at the final scene of the movie. Taking advantage of the cellar’s cavernous architecture, the subterranean venue consists of several alcoves that have been transformed into lounge areas and intimate booths, as well as the smallest art gallery in Vienna, centred on an elongated space housing the bar.

Structurally, the underground space had to be reinforced by a concrete floor and a system of metal trusses, both of which, rather than being swept to the sidelines, have been sumptuously adorned, the former covered with a layer of Italian Nero Marquina marble, manually laid in a herringbone pattern, and the latter, along with the ventilation pipe work, clad in gold composites. This sense of luxuriance is further enhanced by the design of the impressive, seven metre long bar counter constructed out of a massive block of Sahara Noir marble lined in gold plating, on top of which lies a counter top of European walnut. A large painting of exotic foliage on the background reflects the planted vegetation under the staircase and adds a dash of exoticism.

The use of luxuriant materials is continued in the furnishing of the alcoves that sport built-in blue velvet sofas that stand out against the aged brickwork. The bespoke furnishings are complemented by a selection of distinct furniture pieces such as Knoll’s modernist Platner Arm Chairs with their graceful curves, Ubald Klug’s DS-1025 sculptural sofas in lush brown leather, and fashion designer Alexander Wang’s brand new bean bag chairs for Poltrona Frau in black leather.

Meanwhile, Ingo Maurer’s minimalist installation of floating candles above the bar, along with concealed lighting throughout the labyrinthic layout that softly highlight both the old and the new elements, create a mystical ambience that further enhances the surreal sensation of having stepped into a bar where you might just ran into James Bond just as easily as Indiana Jones.