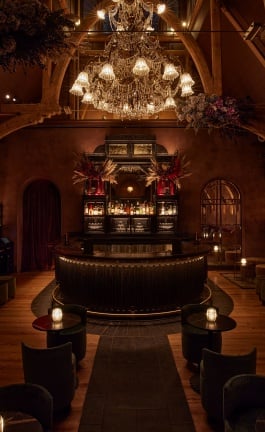 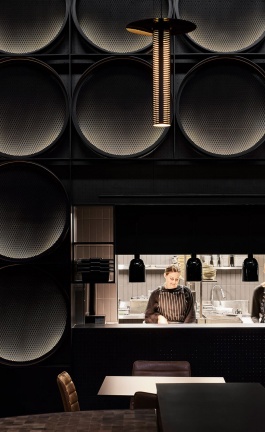 Spread across several locations in the centre of Como, Italy, the third edition of Lake Como Design Festival (LCDF), which was held earlier this month, injected some much-needed momentum back into the historic city after more than a year of closures and restrictions. Not that this beautiful corner of Lombardy, world-renowned for its unique scenic beauty, needs much promotion, but the festival – previously known as Lake Como Design Fair – shone a spotlight on the area’s cultural heritage and creative industries, as well as offered visitors an opportunity to access some of Como’s most important historical buildings.

Conceived by artistic and creative director Lorenzo Butti as a dialogue between the twentieth and twenty-first centuries, the 2021 edition comprised three major exhibitions and a series of events based on the theme “History Repeating” – an exploration of how the past is interpreted and exploited by contemporary designers and brands. Como’s storied history of art, design and architecture makes the city, according to exhibition curator and Triennale Design Museum director, Marco Sammicheli, “an ideal vantage point for spectators to pause to reflect on the power of history and the myriad ways it generates new ideas and action”.

As in the previous two editions, the heart of the festival beat in the Teatro Sociale, an early 19th century Neoclassical edifice and one of the few privately owned theatres remaining in Italy, as well as two additional gems, Palazzo Valli Bruni, a Renaissance palace renovated in the Neoclassical style in 1820, and Palazzo Mantero, a Romanesque-revival palace built in 1923 which opened to the public for the first time.

Titled “History Repeating”, the festival’s central exhibition was set within Sale del Ridotto, the historic foyer of Teatro Sociale, a series of lavishly decorated rooms brimming in ornate plasterwork, carved wooden ceilings, majestic chandeliers and colourful frescoes. The historic context makes for a fitting backdrop for a show reflecting on the role of history in the creation of key modern and contemporary designs. “History can be a weight, a pedestal, and a bargaining chip,” says curator Marco Sammicheli. “I wanted to present a catalogue of possibilities, to reveal the courage it takes to face up to the threat of nostalgia: for many designers, history is something to be shaken off, especially in Italy.” From faithful reproductions, to updated re-editions, to creative appropriations, the exhibition presents a wide range of paradigms of how designers and companies approach the past, as well as highlights the role of innovation – as it is often the case that it is neither feasible or even sensible to reproduce original workmanship which leads to more technological advance methods being adopted.

Across town, REEDITIONS at Palazzo Mantero focused on re-editions of iconic 20th century furniture and lighting pieces by esteemed Italian brands. As interesting as the exhibits were, the highlight for us was the opportunity to explore the historic palazzo which was built in 1923 as the home of the Mantero family and the headquarters of their silk producing company. Inspired by Renaissance architecture, the building is a mediation between history, tradition and modernity, and provided the ideal backdrop for an exhibition reflecting on the theme of icons as a source of inspiration for contemporary designers.

Some of the exhibition’s highlights include a selection of Gio Ponti’s decorative objects for Manifattura, designed during his tenure as the brand’s artistic director from 1923 to 1933 and meticulously reproduced by Ginori 1735, Milanese artist Bobo Piccoli’s 1968 Re and Regina lamps for FontanaArte, Giandomenico Belotti’s Spaghetti chair designed in 1979 for Alias, and Luigi Caccia Dominioni’s 1957 Catilina chair for Azukena.

Also showing at Palazzo Mantero, “Universo Lithos” celebrated 30 years of the art book publisher Lithos with a selection of engravings and artist's books made by the likes of Ettore Sottsass, Michele De Lucchi, Ico Parisi, and Nathalie Du Pasquier.

Finally at Palazzo Valli Bruni, home of the Academy of Music and Dance Giuditta Pasta, contemporary designers took centre stage. Displayed with the help of a site-specific installation by Draga & Aurel, “20/21” presented a selection of objects and accessories available for sale by over 40 independent contemporary designers inspired by the last century. By bringing the focus to the present day, the exhibition, much like the rest of LCDF 2021, was a reminder that past and present are inexorably linked, especially in a country like Italy with such a great tradition behind it. As importantly, the festival signalled that although history is destined to be repeating itself, it’s ultimately up to us to forge better versions.