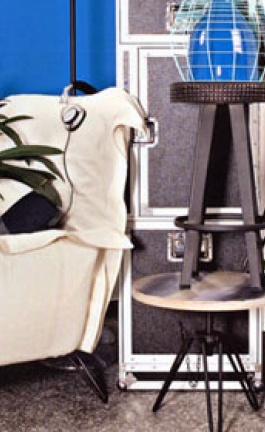 SUCCESSFUL LIVING from DIESEL with Foscarini and Moroso 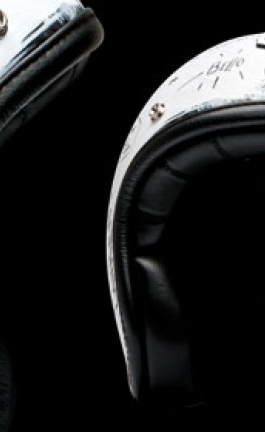 A/R Studio is a design group made up of Antigone Acconci and Riccardo Bastiani, both architects and designers, Tuscan born and now based in Milan.

Antigone Acconci was born in Lucca, after graduating at Florence University she moved to Milan where she got a master degree at Istituto Europeo di Design (IED), where she now works as a teacher.
Riccardo Bastiani was born in the Chianti area, after graduating at Florence University he moved to Milan.
They work as free-lance designers for main design and architecture firms in Milan.
Together they took part to many design contests and exhibitions and received some awards and mentions; in 2007 they exhibited at Tent London during London Design Festival, in 2008 at Salone Satellite in Milan. They manly work on tableware, accessories and small furniture projects, as well as graphic design.

A/R projects for 2009
“Redwired”, on show at Salone Satellite 2009, is meaningfully a step forward in their process trough design, started in 2007 with “Transliteration design collection”. Their attitude is mainly a light, sometimes ironic, consideration about objects we are surrounded by, that we often re-think and re-design putting them in a different light, to show hidden connotations.

. Dude / Wall mirror+ lamp
Dude is a contemporary, multitasking character: bi and tri-dimensional at the same time, flat and rounded, mirror and light, reflects the space around and lights it up.

. Hookie /Portable mirror+led lamp
First and last quick glance when leaving or getting back home and some light when needed.
Hookie is a flexible, portable object for small house and busy times.

. Campana / Rug
Nowadays children are often denied to play free in the open air as their parents did at their age: parks and streets are not safe anymore, backyards are used to park cars...and at home they're not allowed to play noisy games or write on walls and floors...
“Campana” is a soft rug that reproduces a portion of a backyard: concrete flooring and a chalk drawing to play an old, forgotten game... Moreover adults will discover their playful side and are invited to a more relaxed and informal way of living their home...

. DRINK Not DRUNK / Glassware collection
Drunkenness driving is a social problem in many European countries. Recent restrictions on the alcohol level of drivers cast a shadow on gay nights out amongst young people. We, as young designers, gave our “response” to this problem with a series of ironic objects: two bottles and a wine set made up of glasses and an ice bucket.
Drunken Joe is a jar with graphic warnings against drunkenness by measuring the capability to drive according to the level of wine already drunken and suggesting to drive, walk or take a taxi...
Halfway Home is a wine bottle with a double shell: a normal size bottle from outside and a half bottle from inside, you drink just what allows you to drive, but keep up appearances!
The last item of this collection is an ice bucket, Ambarabacicccicoccò that has a cover with 4 holes to host 4glasses (as 4 are the passengers of a citycar) – 3 wine glasses and 1 water glass.
All the glasses look the same, except for the stem, the one who pick up the “short straw”, the water glass, is the driver drawn for that night.