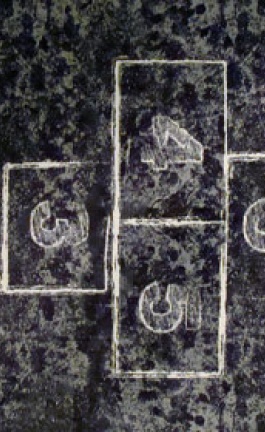 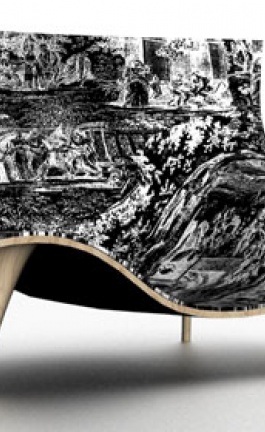 After the first edition of the "signature programme" by Ateliers RUBY®  with the Parisian artist HONET (HNT) and the second with the Anglo-Japanese designer couple: Wakako Kishimoto and Mark Eley, most famous as Eley Kishimoto, for the third edition, Jérôme Coste wanted to venture into the world of the off-beat and re-interpretation which are the founding principles of Maison Martin Margiela.

In the midst of celebrating its 20th Birthday, Maison Martin Margiela became highly enthusiastic about the project to transform the Ruby Helmet. Martin Margiela and his colleagues at 163 Rue St-Maur, took the programme literally and each one places his signature on the helmet to create a collective work. The carbon shell is varnished then covered with broad lines of paint with a “meudon white” effect, the pure but imperfect white’s that are the “Maison’s” universal hallmark.

The whole team’s involvement can then be discovered with eyes closed: All the members have engraved their name or initials into the layer  of white paint. Other forms of personalisation have been added: the traditional Ateliers Ruby cardinal red interior is replaced by black leather and the logo is drawn in chrome and white.

As for the fourth short "signature" programme, Karl Lagerfeld is going to blow up our minds with his limited edition helmet for Ruby® which will be officially launched in September 2009. Karl Lagerfeld has already made a collaboration with Les Ateliers Ruby for his Autumn-Winter 2009-2010 SHOW in Paris, but we still don't know which one of the below helmets will be available from Ruby® next Autumn..