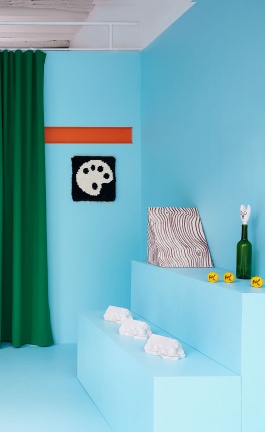 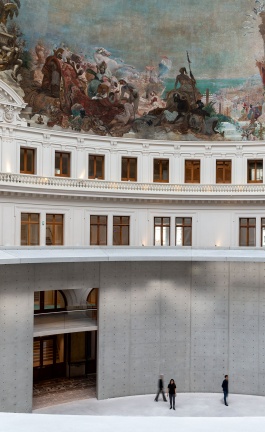 “Positano bites deep”, John Steinbeck observed in an article he wrote in 1953 for Harper’s Bazaar about the iconic cliffside town on Italy’s Amalfi Coast – a cascade of peach, pink and terracotta-hued houses clinging precipitously to the steep hillsides above the sea. “It is a dream place that isn’t quite real when you are there and becomes beckoningly real after you have gone”, a pronouncement that everyone who has visited the almost unreal picturesque village can relate to. At the time, Steinbeck was staying at Le Sirenuse, an 18th-century summer villa that was converted into a hotel just two years earlier by siblings Aldo, Anna, Franco and Paolo Sersale, an aristocratic family from Naples whose passion for Positano was matched by their generous hospitality. Filled with antiques, paintings and family heirlooms, the Pompeii-red palazzo combined a remarkable old-world charm with an intimate character that captivated the trickle of tourists whom the town began to welcome in the 1950s. Since then, just as Positano has gone from a little known backwater to one of the world’s most prized vacation destinations, Le Sirenuse has bloomed from a boutique 8-guestroom hotel into an enchanting 58-room luxury resort, having expanded into several adjoining houses, remarkably, without losing any of its home-like ambience or aristocratic class.

Reopening its doors this summer after a tough year of travel moratoriums and mandatory lockdowns, the family-run hotel celebrates its 70th anniversary with the opening of the timely named Don’t Worry Bar, a new seasonal menu at the scenic La Sponda restaurant, and a celebratory logo by British artist Lucy Stein featuring two playfully-drawn mermaids (Le Sirenuse is the alternative name of Li Galli off the Amalfi coast, the “islands of the mermaids”) whose stylish cheekiness beautifully sums up lo spirito delle Sirenuse.

What makes Le Sirenuse such an extraordinary hospitality venture is the fact that it’s still run today by the founding Sarsele family, specifically Franco’s son, Antonio and his wife Carla (who also oversees the hotel’s fashion and lifestyle brand Emporio Sirenuse), with the help of their two twenty something sons. While Antonio’s uncle, Paolo, was the most PR-savvy of the four siblings, (he was elected mayor of Positano three times between the 1940s and 50s, in his first term persuading US General Mark Clark to designate Positano as an army rest resort), Franco was the family’s cognoscente of art and design.

A passionate art and furniture collector, Franco not only worked closely with skilled Italian artisans to refurbish, embellish and extend the hotel’s historic premises (including a major refurbishment in the 1990s), overseeing every last detail, from the room keys, to the bedspreads, to the cocktail glasses, he also decorated Le Sirenuse with an eclectic collection of artefacts and artworks which he assembled throughout his life, including during his numerous travels around the world. Mostly comprised of 17th and 18th century Neapolitan and southern Italian items, Franco’s picks perfectly complement the hotel’s architectural heritage – think cross-vaulted ceilings, stucco panelling, decorative floor tiles and marble bathrooms – as well as evoke a cosmopolitan sensibility with objects like neo-Moorish side tables and Central Asian suzani rugs.

Antonio and Carla have continued Franco’s passion for collecting art, albeit in a more modern way, adding contemporary pieces to the historic collection he assembled for Le Sirenuse, most notably through the “Artists at Le Sirenuse” contemporary art programme which was launched in 2015 in collaboration with British curator Silka Rittson-Thomas which entails living artists creating site-specific works in dialogue with the surroundings and the hotel’s spirit. The programme’s latest commission by Turner Prize-winning artist Martin Creed, a colourful neon installation spelling Don’t Worry, welcomes patrons at the entrance of the namesake Don’t Worry Bar, a new speakeasy-style bar that celebrates the hotel’s 70th anniversary.

Speaking of nature, Le Sirenuse may not technically have a garden, built as it is on the steep cliffside, but it nevertheless feels like you’re living in one, courtesy of landscape architect Isabella Casali di Monticelli, who has filled both the hotel’s exterior and interior with a vibrant selection of potted plants like roses, yucca palms and prickly pear cactus, as well as more exotic varieties like orchids, monsteras deliciosa and birds-of-paradise. Inspired by the walled gardens and terraces of old Positano houses, vegetation is an integral part of the hotel, from the bougainvilleas that climb the walls of La Sponda restaurant and guest room balconies, to the lemon trees flanking the pool, lobby terrace and Franco’s bar.

In combination with the stately premises, historic furnishings and eclectic art collection, Le Sirenuse’s natural décor makes for a beguiling atmosphere – old-school in charm and classy in elegance, yet modern and vibrant in spirit – which immerses guests into an immaculately tailored haven of timeless gracefulness. “Nearly always when you find a place as beautiful as Positano”, Steinbeck remarked in his Harper Bazaar article, “your impulse is to conceal it”, but staying in Le Sirenuse you may find that such an impulse is overshadowed by your desire to post about its inimitable beauty on Instagram.