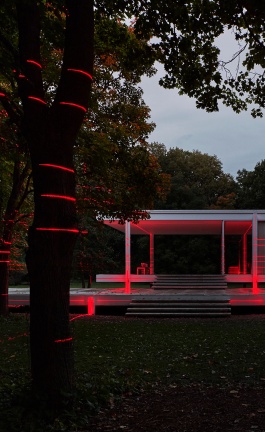 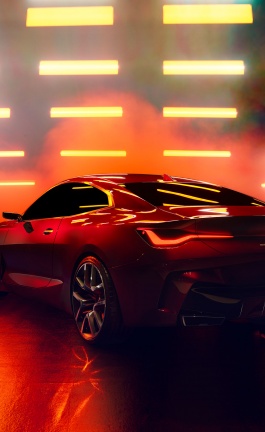 By nature of their white-cube asceticism, iconographic swagger and contemplative ambience, art galleries are imbued with a latent spirituality, but unlike a church or a temple there is no explicitly defined deity that visitors come to commune with (artists’ egos don’t count). Unless the artist anoints one that is, as is the case in Italian-born, London-based artist Leonardo Ulian’s current show at The Flat - Massimo Carasi gallery in Milan. Titled “Perpetual Nexus”, the exhibition is a shrine to an omnipresent and omniscient divinity that governs our lives: technology. Conceived as contemporary mandalas - mystical objects to be worshiped - Ulian’s ten new works on display, including an ethereal site-specific installation, have transformed the gallery into a sui generis temple that lulls visitors into a state of meditative and introspective ecstasy.

Ulian is known for his “Technological Mandalas”, or labyrinth-like patchworks of electronic components of various shapes and colours, created from microchips, motherboards and transistors, to audio speakers and copper cables, intricately soldered together in complex geometric patterns. The mandalas can be read both as phantom circuit boards that reveal the inner workings of our seamless technological existence, and as cosmic diagrams mapping our relation to the universe. Their dual reading as ephemeral gizmos and ethereal symbolism imbues them with an unexpected spirituality which is heightened by their utter lack of functionality. In fact, Ulian is often asked if his Technological Mandalas actually do something, to which he’s likely to respond, "yes, they are supposed to trigger minds with thoughts, images, connections and so on”.

Mounted on the white walls of The Flat - Massimo Carasi gallery, Ulian’s kaleidoscopic mandalas of electronic wizardry resemble a Gothic cathedral’s stained windows, icons and triptychs, while the expansive, floor-to-ceiling installation at the centre of the space, Technological Mandala 141 - Perpetual nexus, takes the role of an altarpiece. Such Catholic connotations, interlaced with the Buddhist, Hinduist and Shintoism references inherent in the ritualistic nature of mandalas, and allusions to the Native Americans’ sacred use of dreamcatchers, evoke a mystical aura of metaphysical reverie.

For his second solo show at the Milanese gallery, Ulian has enriched his material palette of electronic components with new elements such as coloured Perspex, prominently featured in the aforementioned installation in contrast to other novel materials that are less visible. Amongst the convoluted circuitry in Technological Mandala 110 'Eye Collider', observant viewers will be able to detect a small stone, while both Technological Mandala 119 - LUMP I and Ginecolthcal Almadan 01 contain a shell. Although they are autonomous, there is a dialectic rapport between the latter two works, whose respectively black and white background belie their compositional similarities, further hinted at by the fact that the title of the second is an anagram of the first. In fact, Ginecolthcal Almadan 01” was accidentally created when the artist was in the process of modifying the design of Technological Mandala 119 - LUMP I in Photoshop, serendipitously embodying the convergence of human and artificial intelligence.

Another new material that Ulian has artfully integrated into his work is sand which in Tibetan tradition is used by monks to create temporary mandalas that are ritualistically destroyed as a reflection of the belief in the transitory nature of material life. Contrary to such traditions, the sand in Wire collide 1001 has not been swept away but is firmly affixed to the copper wires that the piece is made of in a symbolic gesture that highlights the unyielding link between nature and technology, man and machine.

Transfixed by the mesmeric intricacy of Ulian’s mandalas, viewers are compelled to redefine spirituality in the contemporary age of technological dependence and find connections among the deluge of information and competing ideas that dominate our digital existence. But perhaps what visitors most ultimately  take away from the show is that beauty can be found even in the most banal and ephemeral aspects of our daily lives.