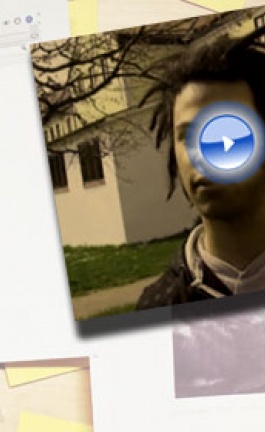 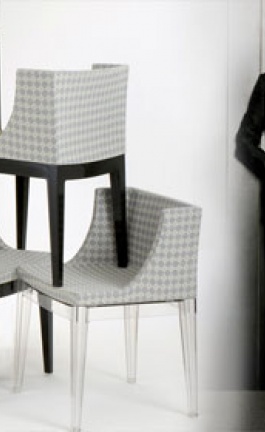 The french fashion company Hermès recently teamed  up with eurocopter, the world's third largest aerospace  group to create l'helicoptre par Hermès, a luxury  helicopter. The new helicopter was first unveiled at the  national business aviation association's 2007 conference  in atlanta, after years in the making and months of  intense preparation.
The project began as an investigation into designing  helicopters from the user's point of view. However the  particular user of this helicopter isn't your average joe.  This machine is specifically aimed at the business  aviation marketplace. for the discerning luxury traveller, helicopters are an ideal end-to-end transportation  solution, moving them from the city to the airport;  the perfect complement to business jets. As you would  imagine this market segment puts a high premium on  design. In response, eurocopter collaborated with the  house of Hermès, a leading expert with years of history  in the fashion design industry. This project was an  opportunity for both Hermès and eurcopter to expand  their reach, branching out into new territories. Italian designer Gabriele Pezzini was recruited to work  with eurcopter engineers and hermès craftsmen to  realize the final design. He was given free reign over the project and asked to improve the helicopter's aesthetics  and functionality. Beyond surface changes, he set out to create small and smart innovations that improved the  overall experience for the user and streamlined the  helicopter's production.
L'helicoptre par Hermès is based on the eurocpter EC135,  the company's best selling lightweight, multi-mission,  twin-engined helicopter. Previous editions of the machine  have been used in varying applications from medical  purposes to public service missions. The vehicle was  selected for its spacious cabin that seats four  passengers and two pilots, ample storage and  unobstructed flat floors. Additionally, the helicopter is  very quiet allowing it to be used in both day and night  urban scenarios.

Pezzini worked closely with Hermès craftsmen and the  eurocopter engineers to create a set of modifications  that would transform the basic model into something  more spectacular. However this collaboration was very  tricky and required working in a very precise manner  because helicopters are restricted by so many  regulations. The two teams also had to overcome their  contrasting expertise and find a middle ground where  they could exchange ideas and solve problems together.  After a deep analysis of the helicopter, a set of 55  modifications were suggested by the team. They were  approved by Hermès art direction followed by the board  of eurocopter. In the end, 50 modifications were  deemed feasible by the engineering team. Of these  50 changes, some were to be done by eurocopter  engineers, some by the hermes craftsmen and some  by a combination of the two.
One of the major modifications was done to the  helicopter's landing gear. Pezzini designed a completely  new form that improved the functionality of the step,  while being more harmonious with the new paint  scheme. Similar treatment was given to the door  handles and other exterior parts which would have  clashed with the minimal colour pallet. The way the  interior panels were installed was also redesigned  and in the end, the eurocopter production line found  the new method much easier. Once the modifications  were finalized, the team assembled a sample prototype  which was later put into production.
The final design has a distinct style in the spirit of  hermès. the cabin features sliding doors which open  to reveal a spacious and tranquil interior. The interior's  pieces were created to maximize the available space.  All the main surfaces were covered 'toile h', one of  Hermès' signature canvases, which has been used to  cover the company's travelware since the 1920's.  The seats and banquettes are covered in calf's leather.  The craftsmen used lots of leathers and fabrics to help  soften the ambient noise. even the smallest details were  modified to create one coherent design. For example, the  safety stickers were remade in customized jacquard.  the consoles and cabinets of the cabin have all been  recessed and hidden to keep the sight-lines of the  small cabin as uninterupted as possible. To separate  the cabin from the cockpit, a sliding glass partition was  added which creates privacy while allowing light to filter  in. The air conditioning ducts were all placed along the  central axis of the helicopter to create one solid duct,  further simplifying the design.
The passenger experience has been considered top to  bottom in the new helicopter. eurocopter is very  pleased with the design and believe that future  customer's of this luxurious machine will be as  enthusiastic. The attention to detail aims to add value  and appeal to this elite market segment. the first  editions of this vehicle are making their way to  customers from around the world in late 2008.  However with a price tag of 5.6 million euro, this design  is justifiably estimated to only sell around 10 models  a year.

many thanks to designboom for the article