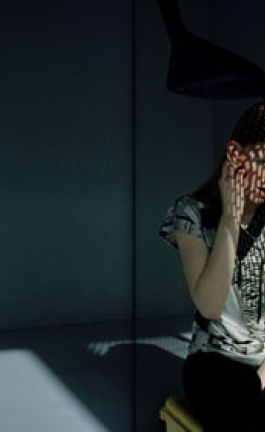 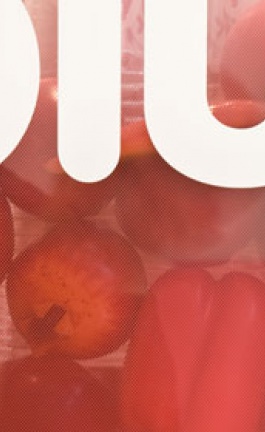 LILYPAD, A FLOATING ECOPOLIS FOR CLIMATICAL REFUGEES 2100, a large crowd of ecological refugees

Further to the anthropogenic activity, the climate warms up and the ocean level increases. According to the principle of Archimedes and contrary to preconceived notions, the melting of the arctic ice-floe will not change the rising of the water exactly as an ice cube melting in a glass of water does not make its level rise. However, there are two huge ice reservoirs that are not on the water and whose melting will transfer their volume towards the oceans, leading to their rising. It deals with the ice caps of Antarctic and Greenland on the one hand, and the continental glaciers on the other hand. Another reason of the ocean rising, that does not have anything to do with the ice melting is the water dilatation under the effect of the temperature.

According to the less alarming forecasts of the GIEC (Intergovernmental group on the evolution of the climate), the ocean level should rise from 20 to 90 cm during the 21st Century with a status quo by 50 cm (versus 10 cm in the 20th Century). The international scientific scene assets that a temperature elevation of 1°C will lead to a water rising of 1 meter. This increase of 1 m would bring ground losses emerged of approximately 0.05% in Uruguay, 1% in Egypt, 6% in the Netherlands, 17.5% in Bangladesh and up to 80% approximately in the atoll Majuro in Oceania (Marshall and Kiribati islands and step by step the Maldives islands).

If the first meter is not very funny with more than 50 million of people affected in the developing countries, the situation is worse with the second one. Countries like Vietnam, Egypt, Bangladesh, Guyana or Bahamas will see their most inhabited places swamped at each flood and their most fertile fields devastated by the invasion of salt water damaging the local ecosystems. New York, Bombay, Calcutta, Hô Chi Minh City, Shanghai, Miami, Lagos, Abidjan, Djakarta, Alexandria… not les that 250 million of climatic refugees and 9% of the GDP threatened if we not build protections related to such a threat. It is the demonstration inflicted to reluctant spirits by a climatological study of the OECD (Organization for Economic Cooperation and Development) and that challenges our imagination of eco-conception!

The water rising being not written in the agenda of the Grenelle agreements on environment in France, it is primordial in terms of environmental crisis and climatic exodus to pass from now on from a strategy of reaction in emergency to a strategy of a adaptation and long-lasting anticipation. It is surprising, whereas some islands prepare their disappearing to see that the management of the rising of the ocean level does not seem to worry the governments beyond measure. More surprising to see that the populations of the developed countries continue to rush on the littoral to build districts over there; houses and buildings dedicated to a certain flood

Aerial views of the maldivian atolls

The main deck with three marinas, the submarine performing arts center and the gardens of phytopurification

Whereas the Netherlands and the United Arabic Emirates « fatten » their beach with billion of euros to build their short-living polders and their protective dams for a decade, the project «Lilypad» deals with a tenable solution to the water rising! Actually, facing the worldwide ecological crisis, this floating Ecopolis has the double objective not only to widen sustainabely in offshore the territories of the most developed countries such as the Monaco principality but above all to grant the housing of future climatic refugees of he next submerged ultra-marine territories such as the Polynesian atolls. New biotechnological prototype of ecologic resilience dedicated to the nomadism and the urban ecology in the sea, Lilypad travels on the water line of the oceans, from the equator to the poles following the marine streams warm ascending of the Gulf Stream or cold descending of the Labrador.

It is a true amphibian half aquatic and half terrestrial city, able to accommodate 50,000 inhabitants and inviting the biodiversity to develop its fauna and flora around a central lagoon of soft water collecting and purifying the rain waters. This artificial lagoon is entirely immersed ballasting thus the city. It enables to live in the heart of the subaquatic depths. The multifunctional programming is based on three marinas and three mountains dedicated respectively to the work, the shops and the entertainments. The whole set is covered by a stratum of planted housing in suspended gardens and crossed by a network of streets and alleyways with organic outline. The goal is to create a harmonious coexistence of the couple Human / Nature and to explore new modes of living the sea by building with fluidity collective spaces in proximity, overwhelming spaces of social inclusion suitable to the meeting of all the inhabitants – denizen or foreign-born, recent or old, young or aged people.

The floating structure in « branches » of the Ecopolis is directly inspired of the highly ribbed leave of the great lilypad of Amazonia Victoria Regia increased 250 times. Coming from the family of Nympheas, this aquatic plant with exceptional plasticity was discovered by the German botanist Thaddeaus Haenke and dedicated to the Queen Victoria of England in the 19th Century. The double skin is made of polyester fibres covered by a layer of titanium dioxide (TiO2) like an anatase which by reacting to the ultraviolet rays enable to absorb the atmospheric pollution by photocatalytic effect. Entirely autosufficient, Lilypad takes up the four main challenges launched by the OECD in March 2008: climate, biodiversity, water and health. It reached a positive energetic balance with zero carbone emission by the integration of all the renewable energies (solar, thermal and photovoltaic energies, wind energy, hydraulic, tidal power station, osmotic energies, phytopurification, biomass) producing thus durably more energy that it consumes! True biotope entirely recyclable, this floating Ecopolis tends thus towards the positive eco-accountancy of the building in the oceanic ecosystems by producing and softening itself the oxygen and the electricity, by recycling the CO2 and the waste, by purifying and softening biologically the used waters and by integrating ecological niches, aquaculture fields and biotic corridors on and under its body to meet its own food needs.

To reply to the mutation of the migratory flows coming from the hydroclimatic factors, Lilypad join thus on the mode of anticipation particular to the Jules Verne’s literature, the alternative possibility of a multicultural floating Ecopolis whose metabolism would be in perfect symbiosis with the cycles of the nature. It will be one of the major challenges of the 21st Century to create an international convention inventing new special means to accommodate the environmental migrants by recognizing their rights and obligations. Political and social challenge, the urban sustainable development must more than ever enter in resonance worldly with the human sustainable development!

The three mountains are ecological niches, aquaculture fields and  biologic corridors The floating structure in "branches" of the Ecopolis inspired of the highly ribbed leave of the giant lilypad of Amazonia Victoria Regia Entirely autosufficient, Lilypad takes up the four main challenges launched by the OECD in March 2008 : climate. biodiversity, water and health Aerial view of the Principality of Monaco Night view of the Lilypads from Monte-Carlo