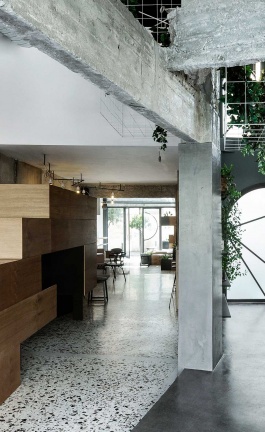 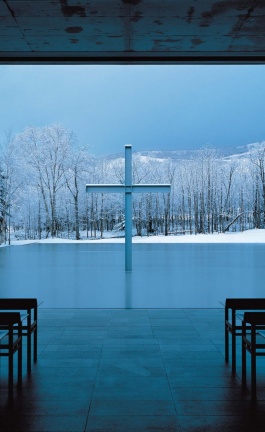 Inspired by the Italian word for mastery and skill, Maestrie is a wide-ranging project by innovative Italian lighting company Foscarini that documents the craftsmanship and know-how behind their finished products. The aim of the project, which includes a book/catalogue with contributions by artist Gianluca Vassallo and photographer Massimo Gardone, is to look beyond the brand in order “to understand”, in the words of economist and university professor Stefano Micelli, “the values and culture that have made a particular object possible, the people and places that have gone into its creation”.

There are two elemental things you need to know about Foscarini’s modus operandi: it is a product company with no factory and no in-house designers. Unconstrained from proprietary production facilities, it has the freedom to select the most appropriate materials and production methods to bring new ideas to the market, which in turn gives creative freedom to the designers it works with. So over the years, Foscarini has developed an extensive network of small Italian manufacturing companies who have collaborated with more than 30 designers to enhance and complete their visionary work, producing over 60 families of lamps. It is the expertise of these craftsmen and artisans that Maestrie wants to showcase and celebrate.

Foscarini’s uncompromising design and production process allowed the company to look beyond the glass-manufacturers in Murano, Venice, where it was founded in 1981, in order to experiment with new materials and forms. What followed was a journey of innovation, starting in 1992 with Ferruccio Laviani’s Orbital lamp that used industrial glass instead of blown glass, and moving on to include polyethylene in Jozeph Forakis' Havana lamp in 1993, a mix of fibreglass and carbon fibre in Marc Sadler’s Mite lamp in 2000, and even concrete, used in 2010 to manufacture the Aplomb lamp.

The development of the Aplomb lamp is indicative of Foscarini’s creative relationship with their production partners but also demonstrates, as Stefano Micelli writes in his essay for Maestrie “The curtain rises”, “the artisanal know-how that is the foundation of the success of so many of the high-quality furnishings of Made in Italy”. Developed by design duo Lucidi Pevere as a funnel-shaped pendant lamp made out of a thin layer of concrete, Foscarini turned to Crea, a small family business of seven employees in the province of Brescia. Crea's founder Giovanni Piccinelli’s first response was that it was impossible to manufacture, yet as Foscarini’s founder and president Carlo Urbinati explains, “when our production partners tell us ‘it can’t be done’, we immediately understand that we are on the right track”.

It took approximately two years of experimentation to get the right thickness and to develop a suitable manufacturing process but the result was definitively worth the effort. But more than the creation of an innovative and stylish new product, the collaboration resulted in Crea being transformed from a company which focused on construction to a leader in the field of design for concrete products.

Aplomb’s development echoes that of Mite whose designer Marc Sadler has admitted that major “unreasonable leaps” are needed to discover the potentialities of materials and technologies. It also encapsulates Foscarini’s mastery in combining automation and digital rationalisation with the experience and manual skill of classic artisans, and in a broader sense how Italian products have always been “designed as industrial but were actually hand-crafted”, as pointed out by artist and furniture designer Enzo Mari to architect and Maestrie contributor Manolo De Giorgi.

Catalytic to Foscarini’s manufacturing ethos was the development of the Lumiere table lamp, designed by Rodolfo Dordoni in 1990 in collaboration with glass manufacturer Vetrofond, which combines the craftsmanship of the Venetian glass tradition with the industrial workmanship of aluminium. The lamp is still manufactured in Vetrofond’s Casale sul Sile workshop along with newer products like Tartan, a suspension lamp with a blown glass diffuser that features a perpendicular crisscross pattern reminiscent of Scottish woolen kilts, and Gregg, a series of bubble-like table, wall and ceiling lamps in free-blown glass.

The facility is cinematically depicted in Gianluca Vassallo’s series of short films that are part of Maestrie. In Vassallo's mesmerizing video, Vetrofond’s glass blowers are captured holding their blowpipe like some kind of wind instrument or baton while performing an elaborate, never-ending choreography. Similarly evocative is the waltz of man and machine that takes place in FAPS’s workshop, a high tech composite components manufacturer of 35 employees. In Vassallo's film, a technician constructing a Mite floor lamp stretches the fibreglass fabric around the mould like a seamstress dressing a bride before using a mechanical winder to wrap it in carbon fibre filament. The film also provides glimpses of two more iconic lamps designed by Marc Sandler, Tress, a family of slim-bodied, torch-like lamps made out of a matrix of overlapping synthetic ribbons, and Twiggy, a 2.9 meter high floor lamp of painted fiberglass composite.

The craftsmen and craftswomen of Crea, Vetrofond and FAPS have also been poetically captured by Vassallo getting their hands dirty, or as he puts it, “thinking with their hands”, in a series of photographs to be featured in Maestrie’s book/catalogue as well as installations by set designer Peter Bottazzi in the Milan and New York showrooms. Depicted in meditative concentration among a cluttered tapestry of machinery, tools and materials, the images convey authenticity and commitment. The project also includes a series of still lifes depicting a selection of Foscarini’s classics, photographed by Massimo Gardone in black and white through the use of an optical bench, an analogue process that is as close to handicraft as photography can get.

Gardone's photographs, along with Vassallo’s work, are a visual embodiment of the industrial craftsmanship that characterizes Foscarini’s products, as wells as a reminder that “consumers want manufacturing that is capable of conveying an emotion”, which according to designer Rodolfo Dordoni, “can be traced back to production involving craftsmanship.”

When our production partners tell us ‘it can’t be done’, we immediately understand that we are on the right track.