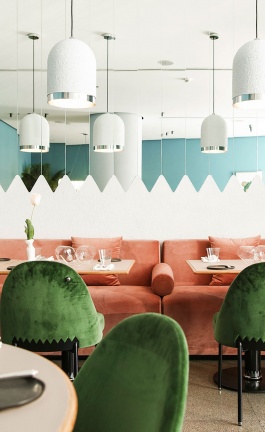 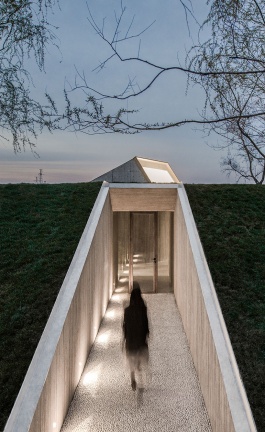 If there is one exhibition this year that Yatzer wishes we could magically transport all of our readers to, it is Mastery of an Art: Van Cleef & Arpels - High Jewelry and Japanese Crafts, which is being hosted at the National Museum of Modern Art in Kyoto, Japan, until August 6th, 2017. It is an inimitable exhibition that eloquently compares the high jewelry of Van Cleef & Arpels to the traditional crafts of Japan through the use of masterful examples of highly skilled Japanese and French workmanship. We had the great pleasure of being invited to experience it just after it opened a couple of weeks ago, and our thoughts are still filled with all the beauty, splendour and excellence organized by Kyoto's, National Museum of Modern Art, Nikkei Inc. and the Kyoto Shimbum Co., Ltd through the generous support of the Embassy of France and the Institute Francais, as well as, of course, the very special collaboration of Van Cleef & Arpels.

Van Cleef & Arpels, the storied French, high jewelry house, needs no introduction as its designs are synonymous the world over with elegance and superior craftsmanship. And it was four years ago when its CEO, Nicolas Bos, first approached Mr.Ryuichi Matsubara, the Chief Curator of Kyoto's National Museum of Modern Art about this specific exhibition, which as Mr.Matsubara explains, took a while to get it off the ground because: "It was a very challenging proposition due to the fact that we are a National Museum and certain restrictions had to be adhered to." Thankfully, all obstacles were overcome and the dazzling displays are testament to an impeccable collaboration.

Designed by renowned Japanese architect, Sosuke Fujimoto { Sou Fujimoto Architects| 藤本壮介建築設計事務所 }, the exhibition is separated into three sections, each telling a distinctive part of the same story. The first, History of Van Cleef & Arpels, references the high jewelry house's archives with a special selection of jewels produced in their studio between the 1920s and 1980s that show the development of stylistic trends throughout that time period. The second, Mastery of an Art, reveals a stunning display comparing 100 high jewelry pieces to about 50 items of Japanese crafts, such as ceramics, enamel and cloisonné. And finally, the third section, A Fusion of Cultures and the Future, presents an intriguing array of the maison’s high jewelry alongside works of well-known Japanese craft artists who have been ascribed the title of "Living National Treasures" in Japan (such as Moriguchi Kunihiko for the yuzen dyeing method; the lacquere artist, Hattori Shunsho; and Nakagawa Kiyotsugu, for his work in traditional wood crafts, among other artisans) which aims to show the cultural exchange and fusion between the arts of Japan and France.

Mastery of an Art / Exhibition view at the National Museum of Modern Art in Kyoto, Japan 2017.
Photo © Van Cleef & Arpels.

Although it was all amazing, to be perfectly honest, it was the second section that truly took our breath away where the pieces of jewelry have been  spot lit in such a way that they almost seems to hover in their large, glass cases in the dimly lit room alongside counterpart specimens of highly intricate Japanese crafts, juxtaposing and complementing each other to perfection. We spoke to Mr. Fujimoto about this presentation and he shared that the disparaging scale was definitely a deciding factor in his final design. "I was thinking about how we could connect the small jewelry to the size of the space so as to make it an experience for the visitors," he said. "Also, since the theme is the collaboration between Japanese crafts and high jewelry, I was thinking about how to bring the spirit of Japan into the space."

The answer lies in the incredible, layered glass cases that create a depth of space, a concept that is really traditional – Fujimoto cites the sliding doors that open up to more sliding doors that in turn open onto gardens, a type of "layering" prevalent in traditional Japanese architecture. "Another factor I considered was that of transparency - the objects look as if they are floating around the room, filling up the space," he said, referencing the "invisible bases" developed by Van Cleef & Arpels which were utilized in the design. "We understood the maison's spirit and respectfully combined it with the Japanese spirit."

Van Cleef & Arpels’ and Kyoto’s traditional craftsmen (ceramists, enamellers, fabric artists...) definitely have in common the same respect and pride for their heritage, and the intention to share and transmit it to a non-restrictive audience through this exhibition: with this motto, we aim to take similar cultural initiatives in the future for admirers of the excellence of know-how extended to those who want to discover it.

After having taken it all in, we asked Mr. Ryuichi Matsubara, what he believed was the common thread between Van Cleef & Arpel's high jewelry and the Japanese traditional crafts on display. His answer summed it up perfectly. "They both strive to create something superb. They go beyond the mastery of a technique and include the psychological aspect behind the creations. This was the spirit that was so important for us to convey with this exhibition."

If your travels take you to Kyoto within the next few months, we urge you to go visit this incredible exhibit. You’re sure to be amazed.