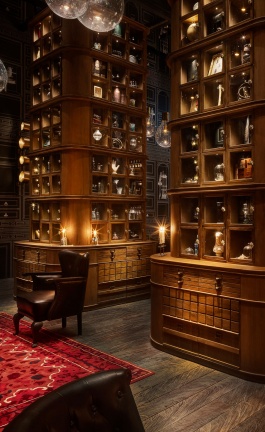 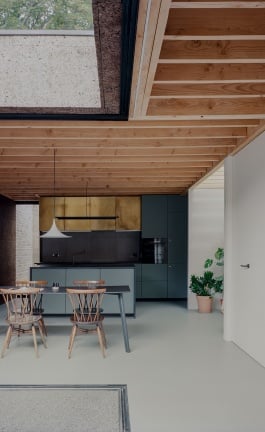 City: Michael Heizer's Magnum Opus is a Sprawling Mega-Sculpture in the Nevad...

The modern Land Art movement is often characterized by a paradox; although the art form is distinguished by ambitious, large-scale interventions set in natural landscapes, more often than not their remote location means that they see only ar scarce number of visitors. With that being said, even by the movement’s extraordinary standards, Michael Heizer’s "City" is something of a revelation. More than half a century in the making, it’s the largest contemporary artwork ever built, and yet only a handful of people have ever seen it.

A pioneer of land art, Heizer famously stated that sculptures should compete with the Empire State Building and the Golden Gate Bridge. Of course, in the case of the City, which the artist has been building since 1970, it’s not really a competition – Heizer’s magnum opus is a sprawling mega-sculpture, two kilometres in length, that dwarfs both edifices in scale. “I think size is the most unused quotient in the sculptor’s repertoire because it requires lots of commitment and time”, Heizer explains.

Nestled in a desert valley a three-hour drive north of Las Vegas, the vast complex of shaped mounds and depressions is inspired by Native American mound-building traditions and ceremonial sites from Central and South America yet at its heart City is a tour-de-force of abstraction. The site, which is owned and operated by the Triple Aught Foundation, a non-profit institution based in Nevada, finally opened to the public in September, albeit in a limited capacity – only six visitors are allowed per day (2022 tickets are already sold out). Part mysterious ancient ruin, part extra-terrestrial intervention, part futuristic urban complex, City overwhelms in its massive scale as much as it bewilders in its cultural ambiguity and temporal dislocation.

Heizer’s relationship with Nevada’s deserts runs deep; his father was a prominent archaeologist, working on excavations in Egypt, Bolivia and Mexico, as well as the Great Basin where the City is located, while his grandfather managed Nevada’s largest tungsten mine. It’s no wonder then that the artist was drawn in the late 1960s to the newly-fledged land art movement that saw artists drawn to the desert to sculpt the land. Audacious, ambitious and self-assured, Heizer caused a sensation by drawing lines in the desert with motorcycle tracks (“Circular Surface Planar Displacement Drawing”, 1970) and blasting 240,000 tons of rock from the facing slopes of an obscure mesa in Nevada to create two long trenches measuring 9 metres wide and 15 metres deep (“Double Negative”, 1969).

Two kilometres long and 800 metres wide, the enormity of the City cannot be overstated – it takes half an hour to walk its full length. Two monumental structures anchoring the site on both ends further underline the project’s grand scale. “Complex One,” the very first segment that Heizer built, brings to mind an immense ‘mastaba’ (an ancient Egyptian tomb in the shape of a gigantic rectangular mound), while “45°, 90°, 180°”, a collection of gigantic concrete rectangles and right triangles neatly arranged on a concrete slab, references pre-Columbian monuments. In between, exquisitely groomed dirt mounds, roads, buttes and depressions, every inch laboriously smoothed and graded, which spread out in no immediately obvious order and in different directions. Made of compacted dirt, rock and concrete, the site is swathed in a palette of beiges, greys and dusky reds.

Although the City is inspired by the monumental architecture of long-lost civilizations, in essence it’s a deeply abstract work of art in the footsteps of abstract expressionists like Jackson Pollock and David Smith. The absence of any functionality or purpose imbues the mixture of angular and sinuous geometric volumes, erect and recumbent shapes, and soft and hard textures with a formal quality that rejects exegesis.

Remarkably, Heizer maintains that the City is still unfinished; in fact, if he had his way it wouldn’t have even opened just yet – however, the designation of the surrounding land as a National Monument meant that the site has to admit public visitors. Don’t expect throngs of visitors any time soon though; Heizer believes crowds would dilute the experience so the site is only open during certain times of the year for just six visitors per day who spend a few hours exploring the colossal artwork on foot. As arduous as this sounds, it’s exactly what Heizer intends: the City’s eerie morphology is meant to be slowly experienced at eye level. As for what it all means, “I am not here to tell people what it all means”, the artist has pointedly declared to the New York Times, “you can figure it out for yourself”.

A strong work of art really leaves people speechless. They feel a little angry because they don't understand it.