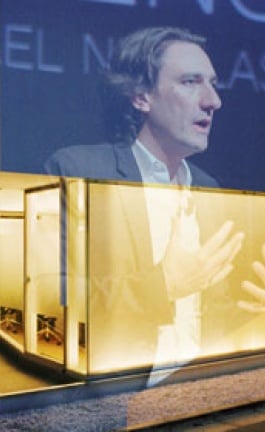 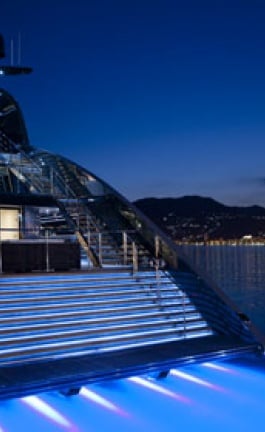 THE WORLD’S FIRST BAR, WITHOUT A BAR. SERVE YOURSELF AT AMSTERDAM’S NEW MINIBAR
The famous Prinsengracht canal in Amsterdam is the location for a revolutionary bar concept where customers serve themselves from one of 45 private mini-bars, opened on March 20th.
The wall of mini-bars is accessed with a personal key that customers receive after checking in at the door.

The Minibar ’s chic interior has been designed by Amsterdam architectural legends Concrete who are also responsible for The Supper Club, the award-winning Citizen M chain of budget hotels and a host of hot design offerings in the Netherlands and abroad. The idea for the new bar was conceived by a trio of Dutch friends who wanted to create a nightlife offering that was “more like inviting your friends to hang out in a hip hotel room, than standing in line waiting for a drink at a regular bar.”

The concept is so simple that the owners were surprised that it hadn’t already been done. According to their research it is the first of its kind. You check in with the concierge, they give you a key to your own fridge and then you serve yourself. A credit card or ID card left at the front desk is reclaimed after payment of the tab. Besides the wall of mini-bars which extends the length of the bar, the interior is made up of central bars (good for meeting new people) and plenty of cozy spots on the long couch for lounging with friends to share a bottle of Prosecco or mix your own Bloody Marys. Next to interior design, music plays an important factor in the MiNiBAR concept. Bespoke playlists are being put together by the owners’ network of international DJs such as Carl Craig or Pilooski.

As well as drinks MiNiBAR also serves food, which is couriered in from restaurants in the vicinity.
With backgrounds in HoReCa, design and the music industry, the owners are convinced that The Minibar will add something new to the Dutch HoReCa landscape which is populated mostly with traditional brown-café bars and a small smattering of boutique offerings. It will most likely appeal to the ascending class of Amsterdam’s creative professionals with their thirst for the new and demand for convenience.