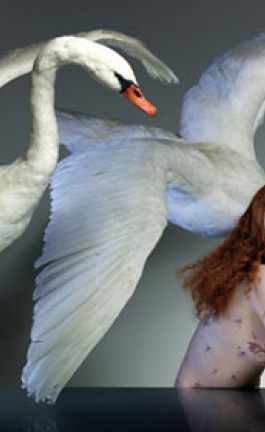 Yesterday and Forever by City-furniture.be

The ‘Angel of the Americas’

The flagship shop is located on Melrose Avenue on the corner of Melrose Place and is the latest in a recent expansion by McQueen, which has seen Russell designed stores opening in Las Vegas, Moscow, Bahrain, Osaka and Vilnius.

The stores employ the interior design language created by Russell and McQueen for the original three flagship stores in London, Milan and New York, creating a branded spatial experience full of drama and intrigue.

The theatrical quality of the interior, inspired by McQueen’s extraordinary catwalk shows, compliments the clothes while the limited palette of materials and precise detailing allow the collection to stand out.

The Los Angeles store is unique for two major reasons. Most importantly, because this was a new-build project on a vacant site, Russell was able to design the form of the exterior as well as the interior; his first new-build for McQueen. Working closely with the landlord he has created a streamlined building in stucco and curved glass to the street with a large private courtyard behind.

The second point of difference is the installation of a large sculpture by Robert Bryce Muir. Visitors to the store are greeted by the feet and legs of the piece, entitled ‘Angel of the Americas’, suspended through a skylight above the entrance. With his head and shoulders outside the store, the figure appears to be levitating.

All photos by Benny Chan

And one of my dreams is to receave one day..an invitation for one of his awesome catwalk/shows.

Can anyone make my dream come true ? ? ?