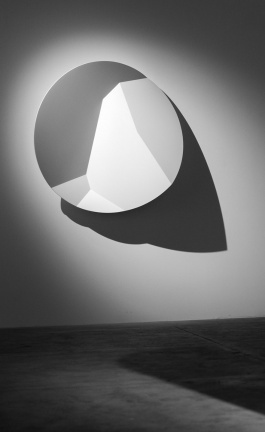 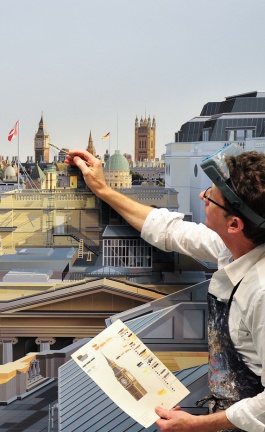 A _ by Elisa Sangiorgi

We live in a fast-paced era governed by technology and all of its multifold manifestations. And while technology certainly has its place and benefits, not only as a means to an end but also as a channel of creative expression, there’s something special about projects that are fashioned around time-honoured traditional artisanship and a hands-on, tangible approach to creativity.

Such is the case with “A, Bo, C” a workshop which was held on Sept. 26th and 27th, 2015, by the large-scale research experimental platform, No Rocket. Created in 2015 by Italian-born, Amsterdam-based illustrator and visual designer, Francesco Zorzi, No Rocket creates visual works, such as illustrations, lettering, logo making and three-dimensional installations, through the use of physical pencils, paint, paper and scissors rather than relying on a computer touch screen.

For the two day workshop, which was sponsored by Fruit Festival, Zorzi gathered thirteen participants in the Giardini Margherita park in Bologna, Italy, during which they delved into the creativity of typography and illustration inspired by their host city’s past and present. “It was a very cool experience for all of us,” Francesco shared with us when asked about working in such surroundings, adding that, “Great work comes out of good energy.”

Focusing the workshop on the Latin alphabet, Zorzi led the participants – from professional graphic designers and calligraphers to amateur enthusiasts – in an exploration of the endless possibilities and stories each letter can tell through simple alterations or re-arrangements of context.

From a papal declaration, elaborately scrolled ironworks, textiles through to marble floor tiles, Bologna’s secrets revealed themselves to the workshop participants, proving to be the best source of stimulation for the creation of their new alphabet. For its accomplishment they used a wide range of different media such as acrylics, ink, paper cutouts, pencils and even textiles.

A _ by Elisa Sangiorgi

A perfect example of the relation between the city’s past and present lies in the letter “L,” the inspiration for which was taken from an old storefront. Once a traditional “Porcellane Cristalli” shop, the space is now a Levi’s denim store. Although light-years apart in terms of their saleable objects, the two stores do however have one thing in common – the letter “L” in their storefront signs. The overlapping of past and present is thus portrayed in the letter designed by one of the participants (Roberta Campione) whereby the “old” and “new” L blend into each other.

“Tactility and physicality mean a lot to me,” Francesco shared with us. “They offer a lot both because of how much nicer it is to work, experiment and think with one’s hands and not only with one’s brain; but also for what they contribute to the richness of the project itself, moving from something flat to something tangible. That has a strong connection with our story and our everyday life.”