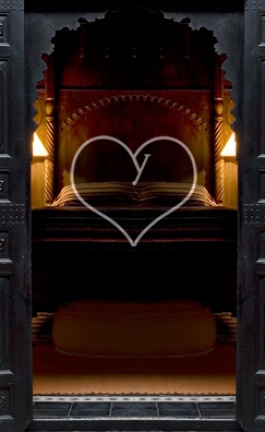 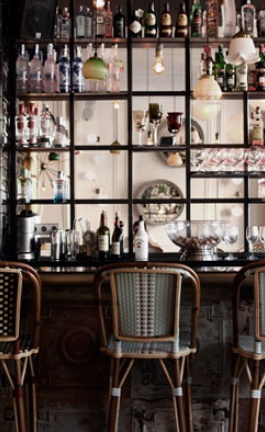 Noemie Goudal is a young French artist/photographer, currently living and working in London, with such a particular view on art and artifice which cannot let anyone react to her with indifference. Through her work, she questions the limits between the real and the fantastic, often creating alternative landscapes by using the most ordinary elements. Her original installations, with her wide sized photographs as their core, have won her numerous loyal fans. Everything is about perspective in Goudal’s work, in what we really see as well as everything that we imagine. It’s also about where we stand exactly when we face her work and how willing we are to follow the new paths that she opens up, letting our dreams and illusions be our only guides.

Noemie Goudal has an innate curiosity about people and their intimate stories. In the past she has been heavily inspired by the dreams and fears of ordinary people. She even tried to recreate these dreams and fears through her amazing photographs that formed the Escapism series (2008). Her more recent installations (Haven Her Body Was, 2011) go a step further, creating ‘doors’ to what many may perceive as a parallel world of illusions. A curtain may reveal a passage to an imaginary forest, a hole in a wall may be your chance to get in touch with your inner fantasy and a simple white sheet can make you wander away to the faraway sea. All is simple but at the same time complicated in Goudal’s universe, a place where nothing is exactly the way it seems to be at first glance. It may take some time to discover the multiple layers of Goudal’s work but it’s definitely worth endevouring to. Yatzer tried to cast some light onto this enigmatic artist through an exclusive interview that will hopefully give some answers. It’s up to you to discover them!

How did your adventure into photography start? Was there any particular event that made you realize your vocation?
I started photography when I was young, never thinking that would be my profession. When I graduated from Graphic Design at St Martin’s, I only had pictures in my portfolio… I then started to build a professional photography portfolio and worked for editorial commissions, whilst doing my own projects on the side.

Tell us something about your use of peoples’ fantasies, dreams, obsessions and fears and using them as the main catalyst in your photos. I really love the way you interact with common people, creating a special bond between the photographer and the subject, and the way you make them a vivid part of your photos since they often participate actively in the whole process.
This would apply to the old Escapism series, where I worked on how to represent a narrative in an image. Now I don’t work with people anymore as I am working on how the viewer can become the protagonist of the image.

In your installations, there is a very tiny line that separates the natural from the artificial. The juxtaposition of manmade structures and rural spaces which is often one of the strongest characteristics in your work is simply amazing. What’s the significance of the imaginary, in relation to the real, in your work? Is art the perfect escape to a fantasy world?
I don’t think that there is an imaginary, but rather a construct. The picture is made from a constructed set, which is made from ‘real’ elements. I leave all the details that show this construction on the picture, which I hope can help the viewer ‘recognize’ a familiar place and familiar objects. Because of this, I believe that it is easier for the viewer to build his own narrative. I don’t think that my pictures invite anyone into a fantasy world but rather a place made from the real that questions the fantasies, desires and fragility of the viewer.

What inspires you the most? Do you follow any particular process or special ritual in your work?
I am inspired by many things around me and don’t have rituals. Every picture has a different story. It can come from a book, a play or a fragment of cloth seen in the street!

You are a photographer with French origins working in London. Is there any difference between the French and the English view on art? What was your greatest challenge when you first came to London and how did this change influence your work?
I moved to England when I was 19 and as a result, I have never shown my work in France or studied in France. I don’t go back enough to know about the differences in the art world.

Tell us something about your future plans. What is left for you to explore?
I am currently working on a show which will take place in September 2012 at the Edel Assanti Gallery in London. The show will showcase my new series named ‘Haven Her Body Was’, which explores the viewpoints of remote spaces such as islands, caves and nests. It will be a series made of different ‘devices’, such as the images with backdrops, installations in the nature, etc…The show will then tour and go on to the ProjectB Gallery in Milan,Italy, where some of my works are already on view from 26 January - 30 March, 2012, as part of the 'ristruttura' group show.  I am also working on a project at the Corinthia Hotel in London, where I was awarded artist in residence. I will build a series of four images shot in the hotel, including backdrops taken in the Corinthia hotel in Malta. It will hopefully create a parallel between the two spaces and ‘prolong’ the views of the hotel into the landscape of Malta.