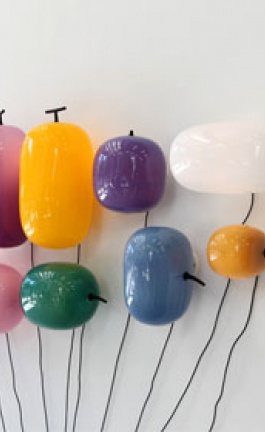 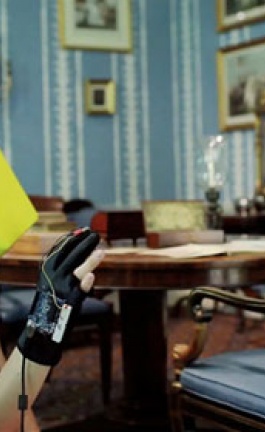 We were thrilled when we received images of Marc Fornes' ''nonLin/Lin Pavilion'', one of the latest ultimate design projects which is installed at the FRAC Center in Orleans, France.  The architectural installation combines elements of biomimetic design – technology that mimics nature, architecture, sculpture and knowledge in what can only be described as an organic form.  Fornes is the architect behind the New York-based design studio THEVERYMANY, and in the '''nonLin/Lin Pavilion'', Fornes experiments with dramatic changes of morphology; from the structural network to surface condition.

The unusual large-scale structure looks like an amorphous organic blob whose structure is very similar to organic forms found in underwater coral species.  The prototype employs a series of architectural experiments referred to as text based morphologies. Beyond its visual perception of sculptural and formal qualities, the prototypes are built forms developed through custom computational protocols. The parameters of these protocols are based on form finding (surface relaxation), form description (composition of developable linear elements), information modelling (re-assembly data), generational hierarchy (distributed networks) and digital fabrication (logistic of production).  Despite the fact that it is a prototype, the water-resistant nonLin/Lin is a 1:1 scale model, and it is an architectural structure not an installation of any sort; durable enough to ensure that one can sit on it, hang from it or even climb on it.

The non-linear architectural structure is derived from the interconnected morphology of the pavilion from the “Y” model – the basic representation and lowest level of multi-directionality.  This hypothesis was formed challenging issues of morphology as tri-partite models are not illustrative through a single bi-directional surface – “which is still one of the main medium of representation within the avant-garde architectural repertoire.”  In order to overcome this problem, the morphological models are dealt with the split method or recombination –how two can become one and vice-versa.  The prototypical structure examines the transformation from the network state to the surface condition - the structural network opens up to only combine into larger apertures (network) while the reverse side creates the surface condition, providing the user with a feeling of coral.

The custom computational protocols describe the structure of the pavilion. This procedure is known as descriptive geometry as a model of description through development.  The protocols end up in a set of linear elements which are then cut out into flat sheets of material.  The non-linear nature of the model requires the application of a unique procedure each and every time as the application of a standard format would fail due to the shifts occurring in the network – nodes with the differentiated number of branches, varying radii, curvature, etc.  A tremendous amount of work and research has been put into this pavilion as each sub-structure requires a massive number of properties in order to create the different branches, holes, connections, grounds and more, translating from mass-customization to massive customization with a high degree of morphological differentiation with which to interconnect these elements.

The nonLin/Lin Pavilion is the result of a very explicit research line, investigating the design and build component of a coherent environment.  The self-supporting structure affects the users as it engages him/her to notions of limitation, filtration and spatial depth experimenting with illusion and space.  The structure forms an eccentric universe where elements such as openings or dimensional measurements evolve from model or scale. In the pavilion, you cannot take the space for granted despite the fact that humans are able to perceive space from an infant state.  The nonLin/Lin Pavilion, however, is one project that asks viewers to consider three dimensions as if for the very first time.  This visual phenomenon is allowing spectators to suspend disbelief while assigning cultural references or analogies from nature (corals, flowers) – yet nonLin/Lin Pavilion is only a very precise experiment toward constructability within a precise economical and cultural context.

Marc Fornes and his team at THEVERYMANY managed to instil a mysterious sense of beauty amidst the fluid interaction of voids and solids in the perforated material for the nonLin/Lin Pavilion | FRAC Center. Undulating tubular forms and curved cavities provide enthralling shapes through which observers can closely examine and pass through offering a unique architectural and sensual experience. The nonLin/Lin Pavilion offers an eye-opening abstract experience, of great organic architecture which promotes harmony between human habitation and the natural world through design approaches so sympathetic and well integrated that the surroundings become part of a unified, interrelated composition.