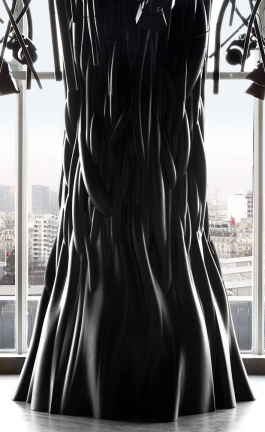 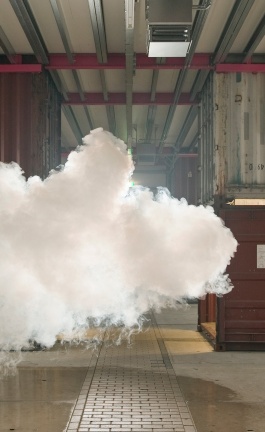 How To Make Clouds Indoors: Nimbus By Berndnaut Smilde

The term ‘exclusive travel’ is an understatement when it comes to travelling to North Korea, also known as the DPRK as less than 5000 tourists visit this little known Asian country annually. If you are the kind of traveler who likes to return home from your overseas adventures with original stories and photos that nobody else is likely to have taken, then this is a destination that deserves a high ranking on your hotlist. And the most bizarre thing about visiting North Korea is that anyone can do it. Travelling there is neither complicated nor dangerous. It’s relatively affordable as well as relatively easy even for U.S. travelers. All you need to do is book a trip with English, Beijing-based tour operator Koryo Tours which has been taking curious tourists to North Korea for over fifteen years. The company will arrange your visa, book your flight or train from Beijing to Pyongyang and also make sure that you discover this country in a fascinating way. The trip itself begins with a 1.5 hour flight from Beijing to Pyongyang. Aboard the national airline, Air Koryo’s Tupolev aircraft, chic, almost vintage like, beautiful stewardesses wearing white gloves and red lipstick, serve a meal that would rival many European carriers and hand out copies of the Pyongyang Times, a North Korean newspaper translated into English. Onboard, visitors and tourists sit amongst the few North Koreans who are easily identifiable by the de rigueur badge of the Great Leader they wear. The same Kim Il Sung observes the Tupolev as it touches down at Pyongyang’s international airport. The group of international tourists know in advance what to expect, thanks to a briefing in Beijing the previous day, so they know that laptops, cameras, lenses, video cameras are all allowed as opposed to the past when you had to hand-in your cell phone upon arrival. Further advancements include internet connections in most hotels since 2008; the western guides can access the Internet on their smart phones. Clean, comfortable and often cool, retro-design hotels, some of which even feature satellite TV, including channels like BBC World, are the norm for accommodation during the trip.

Daily life in the DPRK (Democratic People's Republic of Korea)

But don’t forget, under no circumstances can North Korea be explored on your own. You have two options. Either you book an individual trip to North Korea complete with two local guides and a driver in a stylish vintage Mercedes assigned to you, or you visit the country as part of an international group. In the case of the latter, two local guides, a Western guide and a driver also accompany you. Although requests can be made, the program is so tightly organized you are kind of restricted as a tourist. In other words, you get to see the North Korea that the government wants you to see. This in itself is already fascinating. Of course there are limitations. It is strictly forbidden to take photographs of military installations (but isn’t this the case in any country?) such as the border with South Korea. Bowing to statues of the Great Leader is also requisite. But however well orchestrated the trip tries to be (which is equally true of many Western package tours where the tourist only sees and experiences that which the tour operator opts to show them) you still get a glimpse of the real North Korea. In the capital, Pyongyang, with its empty streets (only the happy few drive cars) stunningly beautiful girls assume the role of traffic lights. As they stand beneath blue umbrellas, they regulate the traffic with robotic and pneumatic movements. And between the official visits to museums, monuments and mausoleums, you do catch a remarkable insight into the daily life of the North Korean. Case in point, August 15th or Liberation Day when the North Koreans flock to their parks to picnic, dance, sing, play... families sit on the grass beneath the trees and most women wear their best outfits for the occasion.

But the biggest reason to visit North Korea is the Mass Games. There are only a few words to describe an event of this size and impact. The ‘Arirang’ or Mass Games run weekly each year from the 1st of August and continue until early September. 80,000 dancers and gymnasts train throughout the year to perform for their compatriots - their leader especially. In addition to the gymnasts, over 20,000 cardholders sit in the audience and make patterns appear through the synchronized turning of colored cards. As a tourist, attending and taking photos of these events is absolutely no problem. And attending the event doesn’t come cheap - prices for an evening range from 130 dollars for third class seats to 450 dollars for VIP seats. Notwithstanding, many visitors choose to attend the Mass Games several times because they are just so visually spectacular. It is a mass movement of devotion and worship, something that is both unthinkable and impossible in Western countries. Upon witnessing an event like this, some tourists may wonder whether travelling to a country like North Korea is ethically correct; a question no doubt that everyone has to ponder upon which applies to any global destination which isn’t exactly 100% kosher, politically correct or corruption free. However small it may be, tourism is also a source of income for the North Koreans and does provide a certain level of interaction between the foreigner and the North Korean where the visitor gets to see the inhabitant as he really is and vice versa. At the end of the day, travelling to the DPRK raises a corner of the veil for both sides.