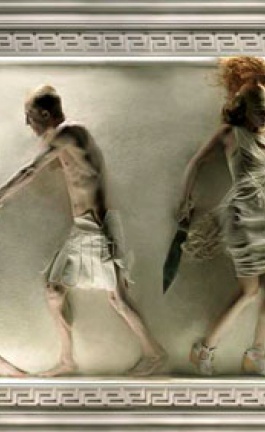 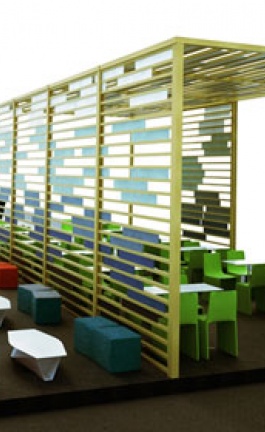 To celebrate its 260th anniversary, PORZELLAN MANUFAKTUR NYMPHENBURG, under the direction of Dr. Jörg Richtsfeld, has launched a limited edition of the world-famous COMMEDIA DELL'ARTE figures produced by the rococo sculptor, FRANZ ANTON BUSTELLI , in 1759/60. Sixteen internationally acclaimed fashion designers were invited to create "new clothes" as a new décor for their favourite figure in the COMMEDIA DELL'ARTE group. This COUTURE EDITION is the first time a broad cooperation has been realised between the master porcelain workshops and leading figures in the world of fashion and that their skills have been bundled into a single project. The creations by the designers from Paris, London, Amsterdam, Beirut, New York, Tokyo, Moscow and Munich with their different cultural and creative approaches simultaneously reflect the rich variety that exists on the global fashion scene.

PORZELLAN MANUFAKTUR NYMPHENBURG unveiled the COUTURE EDITION at Schloss Nymphenburg in Munich on 19 June 2008. Then, in parallel to the haute couture shows in Paris, Nymphenburg presented the edition at Palais Beauharnais, the residence of the German ambassador, on 2 July 2008.

FRANZ ANTON BUSTELLI / 1723 – 1763
No-one has had such an effect on the artistic direction of Porzellan Manufaktur Nymphenburg as Franz Anton Bustelli. The sculptor was employed at Porzellan Manufaktur Nymphenburg on 3 November 1754 as a figure-maker – just shortly after Joseph Jakob Ringler succeeded in making porcelain. Within just a brief period, he became model master at the manufactory and helped it achieve world fame with his elaborate rococo designs. Bustelli remained with Porzellan Manufaktur Nymphenburg until his death in 1763 and, after just on nine years, left around 150 new designs.
His most outstanding figures and services still in production today include the chinoiseries, the portrait bust of Count Sigmund von Haimhausen, who was director of the manufactory at the time, as well as his crucifixion group dating from 1755/56.

This is also the case for the most artistic of Franz Anton Bustelli's ensembles of figures – the 16 characters of the COMMEDIA DELL'ARTE, which were first mentioned in the manufactory's records in 1760 and which to this day are still produced according to his designs.

As highly sought after collectors' pieces, the 16 figures were reissued in a limited edition to celebrate the manufactory's 260th anniversary: such contemporary fashion designers as Vivienne Westwood, Christian Lacroix, Emanuel Ungaro, Naoki Takizawa and Elie Saab were invited to "dress" one of the protagonists in the COMMEDIA DELL'ARTE "in new clothes".

Pascal Millet's "Leda" from the Making Of photo series

Colour Samples from the Making Of photo series

Elli Saab's Colour Samples from the Making Of photo series

Elli Saab's "Isabella" from the Making Of photo series

A COLLECTORS’ BOOK will be appearing in a limited edition to accompany the collection. The publisher and designer of this richly illustrated compendium is the photographer and artist Florian Böhm who works both in Munich and New York. In more than 1000 photographs and a comprehensive essay by the art critic, Dr Ronald Jones, the publication dedicates itself to the cultural and aesthetic significance of the COMMEDIA DELL’ARTE and the 2008 COUTURE EDITION. It starts with Franz Anton Bustelli's work, which reached its artistic peak with the Commedia cycle he created exclusively for Nymphenburg. Jones then finds pointed current and historical references in the Italian comedy to fashion, design and entertainment as well as to science and politics to make the link to these major contemporary fashion designers, who have been inspired to create new designs for Nymphenburg. The development of the designs at the designers' studios and the complex process of producing the figures at the PORZELLAN MANUFAKTUR NYMPHENBURG are recorded in all their facets in the COLLECTORS’ BOOK with around one and a half years of the design and realisation phase.
The COLLECTORS’ BOOK - EXCLUSIVE EDITION is limited to 25 books only. This edition includes 16 numbered photographs of the figures, which will be signed by the fashion designers.
Furthermore the COLLECTORS’ BOOK will be published in an edition of 400 copies, which includes 1 signed and numbered photograph by Florian Böhm.

FLORIAN BÖHM – FOTOGRAPHER / EDITOR
The artist, photographer and editor Florian Böhm (1969) lives and works in Munich and New York. He has exhibited his work at numerous international institutions including KunstWerke Institute for Contemporary Art (Berlin), Storefront for Art and Architecture (New York), Haus der Kunst (Munich), Fondazione Adriano Olivetti (Rome), and Fondation Cartier pour l'Art Contemporain (Paris). He was co-founder of the project “EndCommercial® / Reading the City”, a visual record of modern urban life widely acclaimed in journals and papers such as the New York Times, Domus, Art Forum, and Kunstforum International. The project contains over 60.000 images, and established a new visual vocabulary to describe our urban experience. Böhm’s recent publications as editor and author include “KGID Konstantin Grcic Industrial Design” (Phaidon Press 2005). His latest photographic series of large format group portraits titled “Wait for Walk”, captures transient constallations of city dwellers at New York City’s busy crosswalks. The collection was recently presented at two institutions in Munich and will be exhibited next at the Young Gallery, Brussels, from May 30th until September 4th 2008. The book “Wait for Walk” has been published by Hatje Cantz in 2007.