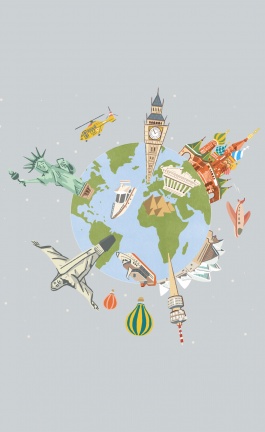 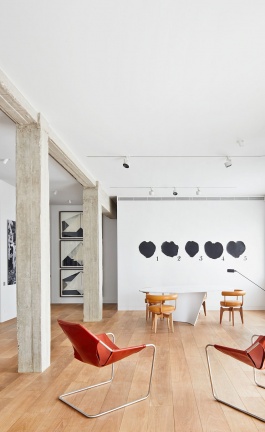 The Oberholz Mountain Hut rests on the edge of the Italian Dolomites at a height of 2,000 meters and seems as if it has just grown and branched out of the mountainside spontaneously. But in fact, it is the result of a studious, 2015 competition submission and subsequent win by Peter Pichler Architecture and architect, Pavol Mikolajcak for their client, Obereggen AG/Spa. The project, which is located beside the Obereggen cable station, began construction in April of 2016 and was completed in December of the same year.

Cantilevered from the side of the mountain, the architects describe the weathered, larch wood façade structure as "a fallen tree with three main branches" that jut out from it. These "branches" are the three main sections of the restaurant, each of which fans out and directly faces one of the three most important mountains in the near distance. A vast, glass window wall caps each of these "branches" so as to fully take advantage of the magnificent views. The sloping roofs of each of these three "branches" bring to mind the gabled roofs of classic mountain huts, and in fact the entire, complex construction is a contemporary interpretation of that archetypical shape.

The same reference reigns inside as well, with a light and bright, spruce wood wrapping across the floor, up the walls and the trice-vaulted ceiling of the mainly open-plan space. The furniture is also constructed from another local wood, oak, while the light gray upholstery is in keeping with the pale-color theme. The décor is minimal yet comfortable, with seating arrangements ranging from very public banquettes and armchairs to private tables and chairs seemingly nestled into the "pockets," or alcoves, along the curvilinear cement structural walls.

The bar beside the restaurant space also maintains that natural, sculptural theme, with oak wood high tables and chairs, a spruce wood vaulted ceiling, and a cement bar opposite a wall of sliding glass doors leading out to the southwest facing terrace. Out here, the Hut's "symbiosis" with the natural and dramatic surrounding environment reaches its summit - no pun intended - as the outdoor seating is orientated to fully embrace the spectacular views. Actually, it is from this vantage point perched into the curving layout of one of the Oberholz Mountain Hut's "branches," that view and spectator become inseparable.