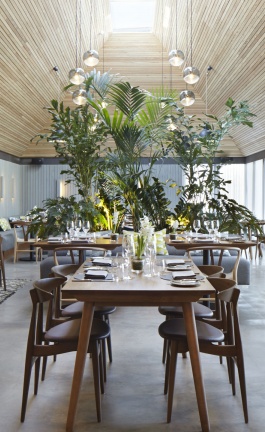 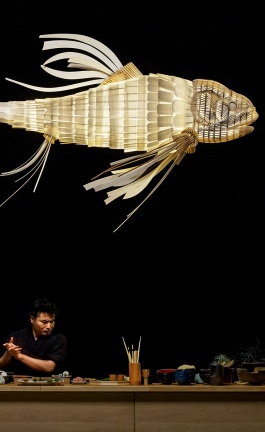 German artist Peter Buechler’s work playfully quotes the past — but with a contemporary twist and not without a healthy dose of humour. The Berlin-based artist likes to use found objects, particularly banal vintage canvases and prints sourced from second hand shops, which he then uses to create new works by either painting directly on them or by attaching other materials onto their surface. Most of his interventions are usually in the form of ‘analog pixelation’, through painting small rectangles of oil paint on these ‘found canvases’ so that they appear to be distorted or glitched like digital images. In most of the works he produces in this style, usually just the face is covered, as if the identity of the person depicted should remain concealed; in other cases, Buechler pixelates the entire canvas, creating an interesting dialogue between the essentially contemporary reference of low-resolution digital imagery and the elevated, time-honoured medium of oil painting.

By calling his vintage canvases ‘‘objets trouvés’’, Buechler makes a direct connection between his own practice and the tradition of early 20th century art: just like the ‘assemblages’ of the Surrealists, Buechler’s works combine objects and materials whose connection (if any) is not immediately visible, but rather bring new connections and visual/textural combinations into play. With that said, Buechler does not depart completely from the two-dimensional plane of the canvas, preferring instead to build his assemblages from back to front, in a kind of compact, close-contact layering. Whether it’s through oil painting, silkscreen printing, neon lights, or even an entire cupboard full of photographs attached to a tapestry, what strikes us is the way these works evoke a sense of proximity, attachment and attraction. Indeed, there is a tension in the way Buechler ruthlessly covers up the identity of the people in his found canvases, or hastily silkscreen-prints newspaper headlines on all sorts of surfaces — a tension that perhaps has to do with how, from in between the tidy rows of pixels and the humour of it all, the past is staring at us, unblinkingly.

{YatzerTip} Peter Buechler is currently presenting his most recent work at an exhibition titled AFTER DARK in his studio in Berlin (Naumannstr. 81, Haus 74, 10829 Berlin-Schöneberg). The show will be open until 30 April 2015 and viewings are by appointment only: [email protected].

Installation view from Peter Buechler’s After Dark studio show, on view till April 30, 2015. Photo courtesy of the artist.