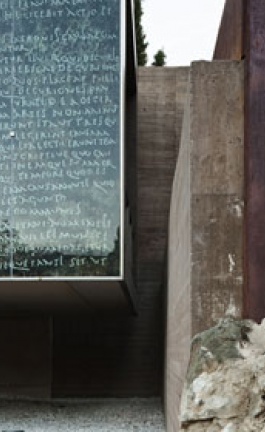 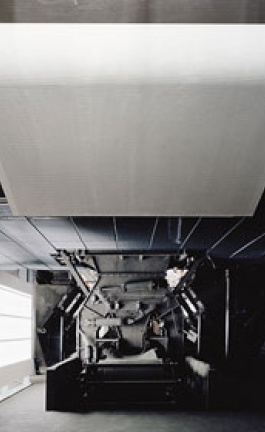 When I first saw Philippe Dufour Loriolle’s creations I was amazed by the originality of his fashionable illustrations that could perfectly be exposed in a gallery. I was later surprised by his ironic take on everyday life and his surreal approach to almost everything, hidden behind what initially seems innocent and inoffensive. When I finally found out that he is a great David Lynch fan, everything was clear! But let’s take it from the beginning…

Philippe completed a Diplome National Superieur D'Expression Plastique in Art at the Fine Art School in Montpellier, France. He went then on to pursue, as he says, his strong interest in mixing fashion , contemporary art and design by achieving a Master in Textile Engineering, specializing in numerical printing. Since then, he freelances in graphic design for the Fondation d'entreprise Hermès and does fashion consulting for Olivier Borde. He has collaborated with many famous magazines and fashion brands that are always on the look for Philippe’s magical touch. Philippe is also involved in web and logo design, with some amazing results.

Philippe Dufour Loriolle is a designer that loves to experiment and out of this passion his first wallpaper collection for Soonsalon recently came into life, where he interprets classical motives with his personal twist. Philippe designed his own take on Toile de Jouy pattern, with some surprises that can only be seen with a careful look (a love scene, a bug hidden somewhere or a detail that is not expected). He has the amazing ability to create parallel worlds that can look either funny or threatening. It comes of no surprise that his motto seems to be “Don’t believe your eyes!” As he explains, the designs are all hand made with a blue ''Bic'' pen and numerical printed, so it looks like they are drawn directly on the wall. The result is so contemporary that it looks classical! At the same time, Philippe just finished his first T-shirt collection, all inspired by his wallpapers, so that you can become one with the walls of your room! It’s a very small production that won’t be out before end of June, in a limited edition for "happy few” (only 5 T-shirts for each drawing per size, from S to XL).

We have the pleasure to be the first to reveal Philippe’s collection and in order to celebrate this release, we offer our readers the chance to be the first to make a reservation of pattern/size at info@summerkisses.fr . If you want to know more about Philippe’s surreal universe and experience his unique sense of humor, don’t miss his exclusive interview for Yatzer that is certainly going to make your day!

Well Philippe Dufour Loriolle, how did your adventure in the art world start?
Well, I guess it all started in my childhood, surrounded by a mother and her operas and modern dance shows, a sister listening loud to Supertramp and Nina Hagen, a brother very into “subculture” and an aunt fond of contemporary art (she introduced me to the work of Laurie Anderson when I was 9, it is still a very strong reference to me).  It’s a very good thing to make a kid listen to all kinds of music and to introduce him to very different art forms: it’s not only mind opening, it also makes you feel quite curious and comfortable with anything different, strange or new.

Your illustrations are never too obvious; they always let things to be discovered. Is there a certain kind of paralell world that unites all of your drawings?
Ha, ha! It’s like a game, or a trick. You think you are looking at a classical Toile de Jouy pattern, but there, somewhere, two guys making out are hidden. You think it’s a nice drawing of flowers but some nasty bugs are in there too… What you see is always more than what you’re looking at. It would be a parallel world where, exactly like the one we are living in, you shouldn’t t believe your eyes!

What do you like most in fashion and what least? Are there any limitations when you work on a fashion related project?
Fashion is all about industry. “Style” involves a certain look, a vision, it’s more arty.  Fashion needs to survive by telling you that you absolutely need this particular other color or this different shape of jeans this season to be “in”. But to be in what? Style is following your own way, picking up things here and there, either they are “in” or “out”, just because they fit you, because they express your sense of elegance, or, why not, your sense of humor. Elegance often comes with a touch of humor.
I am lucky enough to work with Olivier Borde (and his partner Heath Callender), who is one of the most talented guys I have ever met and one of the most demure as well. He pays a lot of attention to details, the way layers are sewed together, the details inside the clothes the owner is the only one to be aware of.  He follows his own path at his own pace. He is determined and laid back. He doesn’t give a shit about fashion hysteria, its posers or fakers. This comes from a very free spirit, and freedom is always very inspiring. No limitations are involved there.

Tell us something about your wallpapers for Soonsalon. How did this collaboration begin?
Ha, ha! Naked truth? With a catwalk contest. ;-) Sheila (Soonsalon owner) and I were “neighbours” at a Maison&Objet design fair (where I worked for another very talented friend : Jean Luc Le Deun) and well, you know how it goes in those fairs, it’s pretty boring, then all in a sudden you are talking to dozens of people… In the end it’s quite stressful. So, in order to relax and pass time, we were imitating the different kinds of “catwalks”. The Gucci walk (very aggressive), the Rykiel walk (with hysterical girls), the Demeulemeester walk (like zombies)… It was stupid, that’s for sure, but funny. That’s how we got to know each other.
I later sent her the “things” I was doing and at the next fair she would pop up asking me if I wanted to design a wallpaper collection, which I always wanted, surely because of the fact that I have been always surrounded by a very classical environment: English textile wallpapers, Louis XVI style furniture, antiques, etc. (my mother and her operas, remember?)

We came to know you plan to launch a new t-shirt collection. Can you give us more details? How do you feel when somebody wears your t-shirts?
Well, I have received so many emails from people asking me if the drawings would ever be on t-shirts… So here they are! The plan is to make a small signed edition for each season. SS11 collection will be with Soonsalon wallpapers patterns.  Crossing with someone wearing my t-shirts? It’s like receiving a friendly eye blink from a nice stranger. It makes you smile back!

What inspires you the most? And what about your love for David Lynch ?
You’re talking about Laura Palmer’s broken heart I’ve had tattooed on my chest? ;-) Let’s say it all often starts with a very classic view, idea, concept or object. I then try to twist it either in a funny or weird way; I try to change the “point of view” of it.
It’s a bit like the cut ear found in the garden in David Lynch’s “Blue Velvet”; everything is calm and quiet, a rather peaceful image of suburbia, but there, hidden, somewhere in the perfectly cut green lawn horror lays. I like what Lynch tells us about cinema and fiction in his movies. The vision he has of it. I like the way he brings us to watch any image twice. As I said earlier: don’t believe your eyes!

How’s life in Paris for a freelance designer? What part of the city life is reflected in your works?
It’s like everywhere else I guess. Nothing to do, then a lot to do. People trying to get you to work for them for free, because “this project is going to bring you a lot of visibility”, you trying to explain them you’re not paying your rent with “visibility” and so on…
As for the city reflections… I don’t really believe in their influences. I mean… it’s not because you change of place that you change your life. It will always be you, here or there. It’s the same thing for my stuff. I work with ideas or feelings; they have no nationality or precise geographical origins. Do you think I would draw different things if I lived in NYC or Zanzibar? Maybe yes. But I think it would be more related to the people I meet, rather than the city I live in…

Tell us something about your future plans.
Well, there’s t-shirts sold online and in few shops in Europe, the development of Soonsalon wallpapers; a special collection drawn for Moustache/Domestic to be released in Maison & Objet September fair… Continue working with Olivier and Heath… Oh, and a big event in October, between fashion and art, somewhere in St. Germain area, that sounds very promising!
But first of all: lay down in the sun and enjoy summer, because there’s NOTHING like summer!