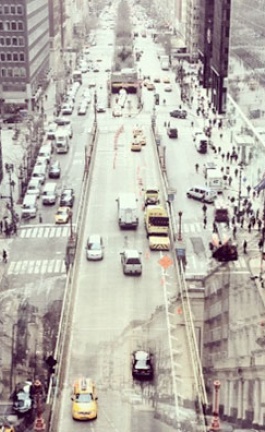 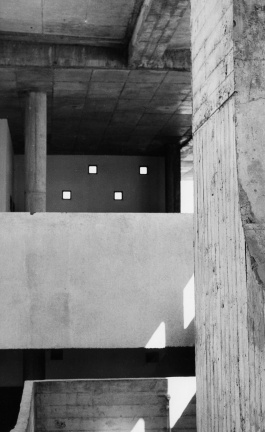 Sometimes all you need to do to understand the big ideas in life, is to go back to your childhood. Merging graphics and philosophy in a design-conscious hybrid simply called Philography, London-based Genís Carreras has paired complicated concepts with uncomplicated shapes to create a cutting edge philosophy dictionary. Genius in its simplicity, Philography was originally borne as a series of posters explaining theories like Dualism, Free Will, Existentialism and Idealism through using just color and shape. But as many ''-isms'' were left out, Carreras decided to add more designs to the collection.

Two years down the line, Genís Carreras has now launched a campaign on Kickstarter – the world’s leading funding platform for creative projects – with an endearing pitch that seems to have captured the imagination of philosophy lovers and design fanatics the world over. ''It takes the Standford Encyclopedia of Philosophy 28,250 words to explain the woolly concept of Relativism. It takes Genis Carreras 32 words and a single image. If you ask me, he doesn’t even need the text'', comments Suzanne Labarre and we’re inclined to agree. Now, after six months of intensive work, Carreras has re-worked his original idea creating a postcard box, containing a compilation of 95 philosophical theories printed on standard postcards, ready to be hung on your wall, mailed to a friend, or even used as your very own question card game (guess the philosophical theory!) if you’re so inclined!

Philography will also be available in a luxurious tome (think same designs in a larger format) with a quality hardcover and with it, plenty of academic potential making it an excellent teaching aid for philosophy professors, who have a hard time condensing such complex concepts into bite-sized portions of knowledge. ''I first fell in love with philosophy when I read 'Thus Spoke Zarathustra' at the age of 15'',  Carreras explains of his love for philosophy and of art: ''Design came earlier, since I first started to draw''. Born in 1987, the Catalan designer further explains the relationship between the visual sensibility and novel concepts that are about to turn him into an entrepreneur, good and proper! ''The goal was to create a new language to communicate philosophy visually, sometimes illustrating metaphors and other times reinventing existent symbols'' , he says. ''Part of the fun is that each shape can be interpreted in so many different ways. So where some people associate the pink triangle for Hedonism with homosexuality, others see a part of the female anatomy. But one thing is for sure: when you look at the entire collection as a whole, it all makes perfect sense!''

The Philography Kickstarter campaign ends on Thursday May 23, 10:25am EDT.