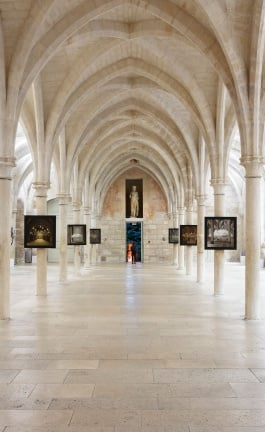 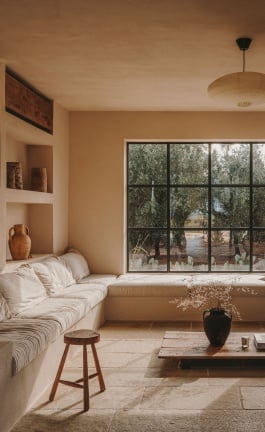 Joanna Laajisto Combines Mid-Century and Industrial Elements in a Neapolitan-...

Commissioned to design the fifth outpost of Helsinki’s Story restaurant chain located in a former shipyard turned hip culinary and culture hub in the Punavuori neighbourhood, Finnish interior designer Joanna Laajisto applied an eclectic aesthetic that harmoniously combines a sense of mid-century modern elegance with industrial elements and colourful tiling patterns reflecting the area’s multifaceted architectural character – think old industrial buildings mixed with art nouveau stone castles and neo-Renaissance houses. Laajisto’s penchant for understatement and timelessness came in handy when the restaurant had to unexpectedly close for repairs and the owners decided to rethink the overall concept of the restaurant so that it fit better with the surrounding development. Now open and welcoming guests, Pikku Napoli is a Neapolitan-style pizzeria that serves top-notch yet inexpensive pizzas in a space that feels as stylishly modern and effortlessly welcoming as the designer originally envisioned.

Rather than concealing the building’s structural and MEP systems behind a false ceiling, Laajisto has opted to leave them exposed as a nod to the location’s industrial character, a gesture that also ensured that the space retained its lofty height. Painted in the same warm creamy colour used on the upper part of the walls, the jumble of air ducts, pipes and electrical trays is softened up, taking on an almost sculptural quality. The cream hue also functions as a counterpoint to the darker tones of the stained wood panelling, timber furnishings and green leather upholstery. Ceramic floor tiles add red-brick and yellow splashes that mirror the colours on the docks outside, while brass details enhance the sense of sophistication.

A series of lacquered round tables that Laajisto custom-designed for the project—some featuring bold white and green stripes that bring to mind the 1980s designs of the Memphis Group, others in sumptuous monochromatic red-brick—inject playful touches. This sense of playfulness is also evident in the black and white bar counter and doughnut-like light pendants by Santa & Cole, selected for their resemblance to lifebuoys, as well as the expressive paintings by prominent young Finnish artist Elias Castren which round up this eclectic yet soulful space.