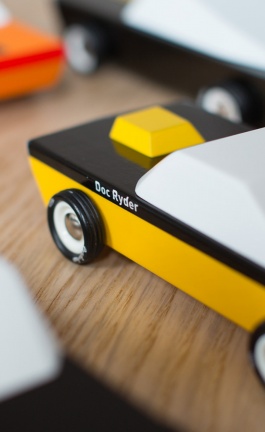 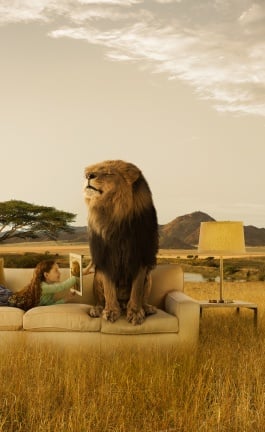 Inside The Composite Images Of Erik Almås

LIFE, HUMOUR, RETRO, COLLAGE RELATIONSHIPS, TYPOGRAPHY, HELVETICA, MUSIC, NEWS, SEMIOTICS. This is the gospel according to Stéphane Massa-Bidal, a French visual artist and Semiotician who under the moniker Rétrofuturs has, since 2008, been creating a series of stunning works that blur the lines between collage, infographics, illustration and typography.

With his curious mind and an affinity for expressing the relationship between ‘online’ and ‘real life’, Stéphane Massa-Bidal is a visual explorer of our present day. A keen observer of everyday life, he ponders on what he sees and hears around him, then connecting that gathered information with other elements in his mind. Language, typography and collage are put into the test tube with just the right amount of pop culture sarcasm to create a digital iconography that feeds on the interaction between text and image, text/text, and image/picture.

With an academic background in Linguistics, the science that studies the structure and meaning of language, as well as the closely related field of Semiotics that focuses on the study of signs and sign processes, it’s no surprise that typography and its relation to language has shaped Massa-Bidal's style. He insightfully plays with knowledge as well as its codes and sensibilities into graphic art, delivering sharp and punchy graphics paired with puns and cunning wordplay that are both humorous and at times even critical of the way our society has evolved. From his 10-piece ‘Web Services Covers Therapy’ that re-imagines popular social networks as Penguin book covers, to the ingenious ‘THE WOR(L)D HAS CHANGED’, where the words of well known mottos are mischievously replaced to create conflicting statements and visual double entendres, Stéphane Massa-Bidal incisively appropriates popular culture in his own unique way. Even Elvis makes a dazzling appearance as his fontastic alter ego in ‘Helvistica’.

Nonetheless, graphic and typography projects aside, it is his spectacular collaged compositions that have caught our eye more than any other of his works. Working according to the principle of substitution, Massa-Bidal adds new meaning to the images he creates by removing selected parts of them and replacing them with those of other images. Here, old archive pictures, illustrations and typographic inlays are sampled with no hesitation whatsoever. Pictures and text collide creating multilayered allusions and dialogues within a single image. The result is an array of surreal collages where unexpected relations emerge.  So whether reversing the norms between the inside and the outside in ‘Space Relationship’ – where rural landscapes and architectural features find a new home under elaborately ornate ceilings - or visually redefining the fundamental elements that make up the world around us in ‘Elements’, Massa-Bidal creates a visual mashup of the past and present where distant worlds and seemingly unrelated elements intersect and intertwine.

Building on this premise, his ‘New Horizons’ series is where collage and pop culture collide. The series assimilates the eerie surrealism of René Magritte’s works – especially his elusive painting ‘The Son of Man’ where an apple replaces the face of a man – and mixes it with the premise of the film Stargate, the sci-fi franchise about a wormhole that enables instantaneous transportation to galaxies far far away. Selected buildings in the images are replaced in situ by vistas to dramatic landscapes or fragments of imposing architectural features, where scenic continuity is interrupted at carefully planned intervals. Huge numerical inlays that directly reference the gates of Stargate further add to the bizarreness of each scene that now carries in itself a new image and a codified number hidden inside it. In the conflict between the visible and the obscured, the real and the imaginary, a whole new different world now comes to light before our eyes, contained by the bounds of each missing building, as if one has opened up a gate through space and time to an imagined elsewhere.

Whether giving life to sleek sophisticated graphics that bring the digital and real world together, or inviting us on excursions to new collaged dreamscapes, it seems that Stéphane Massa-Bidal has found the perfect dose of linguistics, life and sarcasm that just leaves us wanting more.