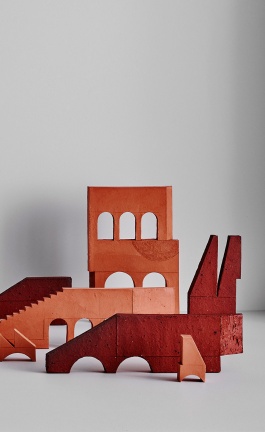 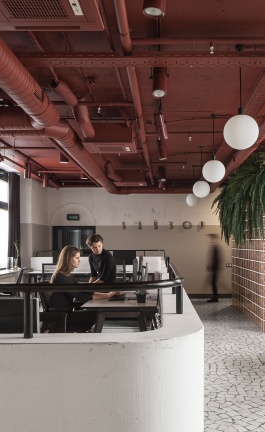 Modern Meets Homage in the Offices of Vizor Interactive by STUDIO11 in Minsk, Belarus

"When my parents gave me my first camera, I felt my mission was to find newsworthy things," world-renowned photographer, Robert McCabe, tells us as we settle into the living room of his lovely home in Athens to discuss his incredible, decades-long career. Born in Chicago in 1934, Mr. McCabe made his first visit to Greece in 1954. He was instantly captivated by the country, preserving his impressions within the clicks of his camera's shutter button, capturing moments of history in iconic images.

His most recent exhibition and the instigator of our conversation with him, "Memories and Monuments of the Aegean," is currently running until March 19, 2017, at the Museum of Cycladic Art in Athens alongside the museum's "Cycladic Society 5000 Years Ago" exhibition. Mr. McCabe is showing forty images he took during the 1950's and 60's depicting daily life on the Cycladic islands, as well as thirty three images featuring some of the region’s most important, ancient seaside ruins, as he captured them with his camera, mainly between 1954 and 1955. But back to that first camera that started it all…

It was real life incidents such as these that provided a young Robert with his training. "The photography department at the Mirror had great photographers and sometimes I'd join them in the radio cars," he says, clarifying that these were the newspaper's cars which were constantly tuned into the police radio frequencies to hear about the latest, "catastrophe or crime scene" around town and would rush to get there before the police - the definition of breaking news. "My brother and I also had a dark room where we learned how to develop film, make prints… I learned on the job."

His love of travel was instilled in him by his parents who took their sons on a trip to Europe just before the war. "We came over on [a ship called] the Rex and returned on the Conte di Savoia, both of which were sunk," he shares. But it was his second trip with his brother, Charlie, in 1954 at the instigation of Charlie's Greek college friend that brought him to Greece, visiting islands and "searching for places with no tourists." This was when he first discovered Athens and he gives us an insightful description from memory: "There were no traffic lights but a lot of buses and trucks. Very few cars and the pedestrians used to have to 'compete' with them in order to cross the street!"

He made good use of his Rolleiflex camera on this trip. We bring up an iconic photo featuring a lone figure standing in the center of the temple of Poseidon. Turns out that the figure was the friend who instigated the trip and who was later the Best Man at his wedding to his lovely Greek wife, Konstantina. Interestingly, they met in NYC at the Daily Mirror.

Robert has fully embraced digital and he tells us the story behind the image used in the poster from a 2014 exhibition at the Benaki Museum. For 20 years, he'd tried printing it traditionally but the area surrounding the center ship was underexposed so the foreground figures were only a silhouette. "Finally, Massimo Tonolli at Trifolio printers in Verona printed it with some adjustments and then George Marinos scanned the negative and worked on balancing the light with Photoshop. It was thrilling to finally be able to see in print what my eyes saw when I took the photo!" he says as he shows us the image. "Digital liberates you to be able to do things like that. But I should add that George Marinos had made an old fashioned print directly from the negative that was very good—something I could never do."

So far, Mr. McCabe has printed nearly a dozen photography books featuring images captured in Greece, but also in Antarctica, Cuba, China and N.Y.C.'s Central Park among others; some of these are in color and others in black and white; some are digital while others are taken on his old Rolleiflex or with a Nikon. And there are new books brewing on the horizon, which he describes to us as he already sees them unfolding in his mind's eye, some featuring portraits, others focusing on seascapes.

"I've been very lucky with the moments that I've captured," he says, bringing up a stunning photo of dancers that he took on Mykonos in the 1950's which is a part of the Memories and Monuments of the Aegean exhibition, at the Museum of Cycladic Art. "I could have paid models and ten thousand exposures later, I still wouldn't have been able to capture this image. It was pure luck. It's a perfect composition… the shutter clicked and saw that," he says with palpable awe.

We ask if there have been moments that have made him wish that he’d had a camera at the ready. "Thousands of times!" he says, bringing up the fact that today he always has his iphone which enables him to take quick snaps he then plans to go back and recreate with his "real" camera.

An incredibly humble man, Mr. McCabe brings up the admiration he has for other photographers, such as Cartier-Bresson, Willy Ronis, Costas Manos, Costa Balafas, and Voula Papaioannou. "They took incredible photographs from that period," he says. We'd like to add his name to that amazing list.