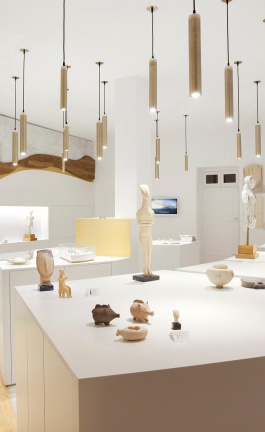 iMuseum By CTRLZAK In Mykonos, Greece 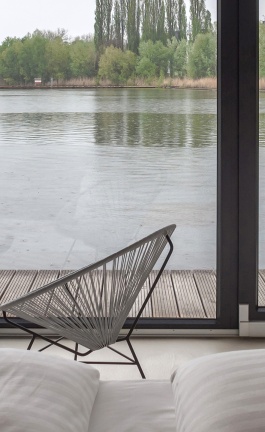 Robert Polidori Documents Over 20 Years Of Restorations At The Palace of Vers...

An exhibition of Robert Polidori’s acclaimed photographic project ''Versailles'' is now on display at Mary Boone Gallery in Chelsea, New York. The outcome of almost three decades of fascination with and documentation of the restoration works at the flamboyant palace near the French capital, Polidori’s images focus on the signs of time and wear, as well as the effort required for preserving such a monument: we see paintings lying on the floor as recently-painted walls are left to dry, torn wallpapers hanging unceremoniously waiting to be repaired, doors once leading to royal chambers now worn out and stained and all lavish furnishing replaced by the more mundane equipment of working crews.

Robert Polidori is a renowned Canadian-born photographer who has been exhibiting his work across the world since 1975. He began his fascination with Versailles after winning an exclusive contract to document the restoration of the seventeenth-century palace in the mid-1980’s. Rather than grandeur and opulence initially drawing him to the place, rooms and their hidden meanings held a deeper attraction instead. For Polidori, rooms are the mirror of those who inhabit them and their decoration and overall atmosphere reveals aspects of the soul and character of their owners. He explains: ''Besides the obvious sheltering from the extremes of the elements, people make rooms to live in as if they are animated by an unconscious desire to return to a prenatal life, or even before that, to a soul life. This is what they exteriorise in rooms, their internal soul life, or less magically put, their personal values, if you will.''

So what hidden messages lie in the rooms of powerful monarchs such as the former owners of Versailles? Polidori believes that the way the palace has been restored reveals more about today’s society than about the kings and queens themselves: ''What interests me [in my work in general] is a notion of social portraiture. With Versailles, I had the opportunity to witness museum restoration, but I realised that what was really going on was historical revisionism. What does it mean to restore something? It means to make something old, new again. It’s a temporal paradox, especially in a place like Versailles that went through so many changes... When you choose to restore a certain room as it was in a certain period, the period you choose is based on your contemporary worldview… What we are looking at in these museum restorations is the society’s superego, what a society thinks of itself, and how it thinks it should be seen by itself. This is what individuals do to a room… It’s the exteriorisation of the soul life or of personal values.''

Apart from raising a mirror to society and its values, Polidori’s photography of Versailles is full of thought-provoking contradictions: lush interiors left to decay – rooms once inhabited by the most privileged classes in European history are seen in disarray, occupied by painter’s ladders and covered with plastic sheets. These images also convey a sense of imperfection, which again contradicts the stately nature of the spaces depicted. The vivid colours, as well as the large-scale format of the photographs, reveal both the gold-leaf carvings on the walls as well as the advancing mould that consumes them. However, the result is far from melancholic. Polidori’s ''Versailles'' is more like a reserved (but also cynical) comment of what it really takes for grandeur to sustain itself; even the throne rooms of kings are no less subject to the passing of time and life than the humble abodes of mere mortals.

[YatzerTip] There are only a few days left to visit the exhibition, since it soon comes to a close. Robert Polidori’s Versailles will be open through October 26th 2013, at 541 West 24th Street, New York City. More info at Mary Boone Gallery.