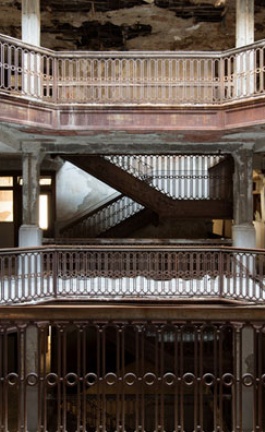 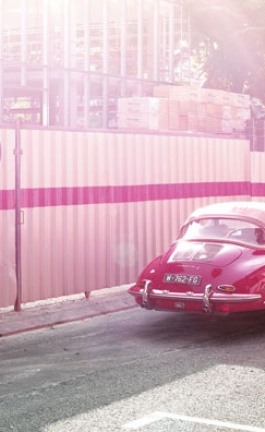 Photographer Renaud Marion Takes Us For An ''Air Drive''

''Rosie and 21 Men'' Solo Exhibition By Sølve Sundsbø At Shoot Gallery In Osl...

The 26th October, 2013, marked a special occasion for the Norwegian art scene; Shoot Gallery, the first private gallery in Oslo dedicated to Fine Art Photography in all its forms, opened its doors for the first time. What better way to launch their opening than by hosting famed photographer Sølve Sundsbø’s first solo show in his home country. Running until 7th December, ‘Rosie and 21 Men’ promises to take us on a fanciful journey through the work of one of the most coveted photographers of the fashion world.

Sølve Sundsbø has come a long way since starting as Nick Knight’s assistant back in 1995. Now a widely celebrated fashion photographer himself, he has become internationally renowned both through his campaigns for many of the world’s great fashion houses including Chanel, Cartier, Dolce & Gabbana, Gucci, Hermès, Armani, Louis Vuitton, H&M and Yves Saint Laurent, as well as through ground-breaking editorials for fashion heavy-weights such as Italian Vogue, LOVE, i-D and W. Never one to be afraid to experiment and push creative boundaries to the limit, Sundsbø creates arresting images where all things real and authentic bow to the bizarre and the uncanny. Combining a classical fashion photography approach with an avant-garde technique, his work shies away from conventional editorial norms and ardently flirts with the realm of fine art. From his captivating film installation ‘The Ever Changing Face of Beauty’ at the Park Avenue Armoury in New York all the way to his stunning ‘Perroquets’ exhibition at GunGallery in Stockholm and his 2011 Emmy Award-winning New York Times piece ‘14 Actors Acting’, his portfolio speaks volumes of the impact he has made on fine photography and art. Who can forget his spectacular imagery for the catalogue for ‘Savage Beauty’, the Alexander McQueen retrospective at New York’s Metropolitan Museum of Art?

Despite the fact that this is Sundsbø’s first solo show in his home country, the exhibition is not a traditional retrospective of his work, as one would expect. With the aim of introducing and promoting new ideas that will enrich the Norwegian art scene, curator Greger Ulf Nilson and director of Shoot Gallery Helene Gulaker limited the work presented, culminating in a collection of photographs of men selected throughout Sundsbø’s prolific career. At first, such a selection seems an odd choice for all of us who have long associated his work – and fashion photography in general for that matter – with female-centric imagery. But Sundsbø is known to have a strong affinity for a little contradiction here and there. Simple and honest, the portraits are an ode to effortlessness and purity, directly challenging masculine clichés and pictorial commonplaces. A portrait of Rosie the female monkey is a somewhat paradoxical inclusion that is destined to become a point of discussion. Jarring yet utterly alluring, Rosie rightfully claims her place amongst her male counterparts, and in doing so, somehow perfectly epitomizes Sundsbø’s blatant disregard for adhering to conventions.

In all its contradictory attitude, this may just be the most fitting tribute to an artist who strives for progression and change, creating along the way his own rules through manipulated truths and photographic hyper realities. In this vein, ‘Rosie and 21 Men’ is nothing short of a true testament and celebration of Sølve Sundsbø’s image-making dexterity, his boundless vision and his unique ability to warp reality and all sorts of preconceived notions to his own liking.

{YatzerTip}: If you, like us, can't get enough of Sølve Sundsbø's work, make sure you check out his captivating short film for the launch of the Alexander McQueen skull scarf collection’s 10th anniversary in collaboration with Damien Hirst.