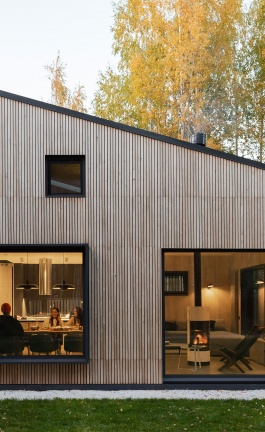 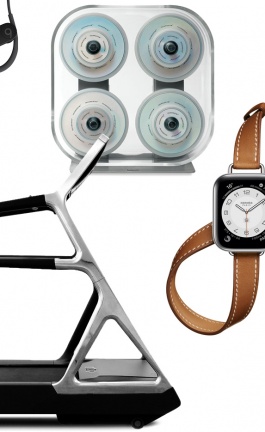 Taking over the historic premises of Prada Rong Zhai, a stately residence in Shanghai built in 1918 turned cultural venue by the eponymous luxury brand, American artist Alex Da Corte presents “Rubber Pencil Devil”, a whimsical, highly stylized film in 57 chapters inspired by a wide range of pop culture references. The two-hour-40-minute film, which was created for the 2019 Carnegie International in Pittsburgh, is being showcased in a new, site-specific format, comprising 20 large rear-projection video cubes installed throughout the historic interiors, immersing visitors in an over-sized and over-saturated universe of intellectually provocative, exuberant and absurd fantasies that provide a critical take on contemporary reality.

Inspired by a wide range of iconographical and cultural sources, from vintage television imagery to 20th-century animation, through to queer icons and campy Americana, Da Corte’s kaleidoscopic film is populated by a plethora of everyday objects, pop culture symbols and iconic characters whose familiarity is cannily subverted. Props such as a bottle of Heinz ketchup, a pair of ruby red slippers and a McDonald’s Happy Meal container are accompanied by a panoply of recognizable characters including childhood television icons like Mister Rogers and Sesame Street characters, cartoon characters such as Bugs Bunny and Sylvester the Cat, and queer icons like Peter Pan and Dolly Parton. Played by the artist himself, these familiar figures are portrayed in very unconventional ways, exploring themes of alienation and human desire.

Not only does Da Corte play nearly every character, he and his team created all of the sets and costumes, making “Rubber Pencil Devil”, in the artist’s words, a “Gesamtkunstwerk”, a total work of art, an immersive experience combining video, music and architecture that startles as much as it spellbinds. Choreographed in a slow, almost hypnotic tempo, with frequent repetitions and variations of the same scene, the film pulls viewers in, lulling them into a meditative state of heightened perception, allowing them to pick up inconspicuous and esoteric messages such as words of indictment against the American government and references to his grandmother’s dementia.

“Being a creator or inventor of things, you have to be kind of willing to go to a place of delusion”, the artist has stated, and true to form, the film revels in its delusional set-ups where everyday objects go beyond their traditional uses and familiar characters step out of character. Examples include Mister Rogers singing Edelweiss from The Sound of Music with all of the Make-Believe characters, the Pink Panther stretched languorously on an iron-board, ironing himself, and the titular devil-like figure seductively dancing with an oversized rubber pencil, to mention a few.

Sporting a colourful, pop culture veneer, such vignettes open a window into society's subconscious to reveal our deepest desires, darkest fantasies, consuming fears and gnawing disgust, and highlight the societal powers that suppress or amplify them. A critical take on contemporary society at its core, Da Corte’s work goes one step further by bringing such feelings to the surface, urging us to consider ideas of vulnerability and empathy as a way to move forward in an ambitious attempt to “reimagine normative systems of power” and create “new ideas and new beginnings”.