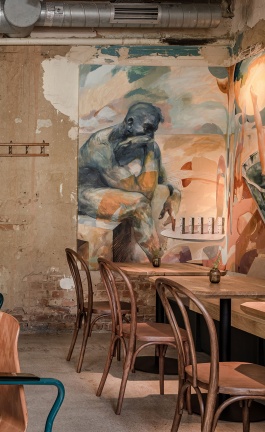 The Urban Grit and Vintage Charm of Dubler Café in Kyiv 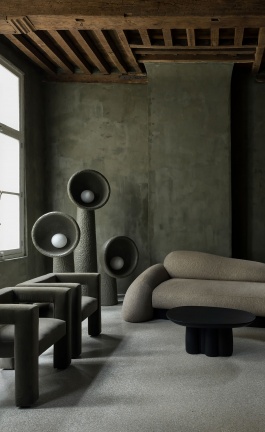 Modestly titled, Rural Hotel in Olive Grove, this new hospitality project by Malaga-based GANA Arquitectura is considerably more intriguing than the name suggests. Designed by as a rural retreat, Fresneda María as the hotel is officially called was built around an existing cortijo, a traditional type of farmhouse in the south of Spain, in the heart of an expansive olive grove near the Andalusian town of Villanueva del Rosario. Embracing the beauty of the surrounding landscape by intimately connecting the interior and exterior, the project pays tribute to the region’s most important produce, namely olive oil, which has shaped not only its landscape and economy but also its culture. With half of the guest rooms housed in the renovated farmhouse and the rest in a modern extension, plus a barn converted into a spa, the 20-room hotel strikes a harmonious balance between traditional and contemporary architecture, offering guests an authentic rural experience without sacrificing modern comforts.

Andalusians have been growing olive trees since the Neolithic age so their importance, both socioeconomically and culturally, cannot be overstated. Andalusia is the world’s leading olive tree grower and Spain's largest olive oil producer with olive groves taking up a stunning 85% of the area following an expansion in the 20th century. More than just a primary commodity, olive oil production has also shaped the region’s practices, customs and rituals. Therefore, it’s only natural that when it came to designing a rural hotel in the middle of an olive grove, the natural setting would play a pivotal role.

Quite different in style, the renovated farmhouse and newly-built structure nevertheless complement one another, the latter picking up the former’s whitewashed exterior and gable roofing, albeit in a more modern, streamlined architectural language. While the extension’s monolithic volume and orderly series of windows boldly proclaim its modernity, the legacy building’s convoluted massing, randomly distributed openings and timeworn terracotta roof tiles attests to various modifications that speak of its age. A decked pool terrace separating the two buildings takes up the role of a village piazza further deepening the connection between them.

Housing the communal areas on the ground floor and ten guest rooms on the upper floor, the thoroughly renovated farmhouse espouses a contemporary aesthetic of minimalist elegance that fosters a poetic dialogue between modern and vernacular elements like the imposing timber roof structure and floor mosaics. Reconfigured into a series of light-filled spaces, the communal areas are centred on an open-plan lounge and dining area with immersive views of the olive groves courtesy of the floor-to-ceiling glass façade. Whitewashed walls, white-painted timber ceilings and concrete floor tiles comprise a subdued backdrop complemented by a sparse selection of modern furniture, handcrafted objects and hand-weaved textiles.

While the guest rooms in the renovated farmhouse have the advantage of being suffused into the building’s vernacular heritage, the rooms in the modern extension enjoy private patios or balconies. Despite the architectural differences, all of the rooms share the same monastic sensibility, courtesy of a predominantly white colour palette punctured by grey and earthy accents, the extensive use of natural materials like wood, and a focus on craftsmanship expressed through a collection of handcrafted furnishings and decorative objects. Underpinned by a sense of simplicity and understatement, the rooms are serene hideaways in communion with the surrounding olive groves that enable guests to ultimately connect with the ancient spirit of the rural land.