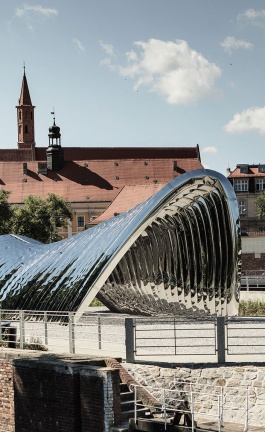 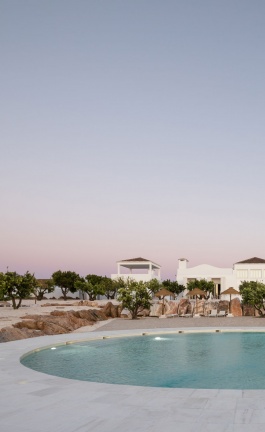 The Shapes Of Water by Sabine Marcelis for FENDI.
Photo © Carl Kleiner.

Water may not be the first thing that comes to mind when you think about Italian luxury house FENDI, yet water was the theme of the Maison’s installation at this year’s Design Miami that took place in early December. Celebrating the tenth year anniversary of FENDI’s participation at the fair, Rotterdam-based designer Sabine Marcelis has created ten unique fountains made out of cast resin, inspired by ten of the brand’s most iconic symbols and motifs. From the emblematic FF logo and the timeless design of the Peekaboo bag, to timeless fur patterns, Marcelis’ ethereal fountains, collectively titled 'The Shapes of Water', embody FENDI’s historical, creative and aesthetic legacy while their innovative construction exemplifies the brand’s virtuosity when it comes to the processing of materials.

The Maison’s intimate relationship with water, and in particular the historical fountains of its hometown, Rome, took roots in 1977 when it commissioned writer and director Jacques de Bascher to make a short film to showcase its first ready-to-wear collection. Titled Histoire d’Eau, the film follows Suzy Dyson, a young American tourist visiting Rome, as she explores the city and its fountains, bedecked in the Maison’s creations. The film cemented the Maison’s interest in Rome’s fountains which in 2013 begot the Fendi for Fountains initiative that aims to preserve and restore the city’s emblematic fountains. Three years later, to celebrate its 90 years anniversary, FENDI’s runway show, Legends and Fairy Tales, was staged in front of the iconic Trevi Fountain.

Although quite different in shape and function, the ten fountains that Marcelis has designed share an ethereal transparency, a luxurious sensibility, and a colour palette of warm, sensuous tones that turn from golden yellow to bold orange to deep red, reminiscent of Roman skies during sunset in the summer. In Design Miami, these magical qualities were enhanced by the setting: an all-white, luminous space wherein the coloured transparencies and milky translucencies of the polished, cast resin blocks seemed to be illuminated from within.

Displayed on top of travertine plinths, the futuristic aesthetic, evanescent lightness and polished sheen of Marcelis’ cast resin artworks were poetically juxtaposed with the classical connotations, hefty splendour and rich texture of the travertine stone. The choice of travertine was not just for aesthetic purposes though, as it also references FENDI’s Roman headquarters, the 1930s Palazzo della Civiltà Italiana, an emblematic neoclassical monument the company took over in 2015. The Palazzo was also the inspiration for one of the project’s fountains, whose matrix of arches and beige colour closely resembles the building’s facades.

Any exhibition about FENDI’s legacy would of course be incomplete without a tribute to its iconic FF logo, and indeed Marcelis has designed not one but two fountains that playfully commemorate its brilliant simplicity. Conceived by Karl Lagerfeld in 1965 when he joined the company as an abbreviation for Fun Fur, it was initially used in travel trunk interiors. In a vertical version, the logo is carved out of a solid resin cube and accentuated by the coloured water that gently bubbles through with the help of an air pump hidden inside the travertine base—a clever design solution that Marcelis has applied to all fountains that require water reservoirs or pumps—while in another version, the logo hovers horizontally inside a transparent cube that cradles a swallow pool of water on top.

Karl Lagerfeld, whose is said to have sketched the FF logo in 5 seconds, is further referenced in Astuccio, a fountain that takes its name from one of the most famous and acclaimed fur patterns which Lagerfeld designed in the 1970s. Characterized by its bold geometry of vertical and diagonal lines, Marcelis has recreated the pattern with two stripped resin panels, a transparent one standing vertically and an orange one slightly inclined, whose hollowed out stripes are accentuated by air bubbles travelling upwards.

Besides Astuccio, the Maison’s experimentation and creativity, when it comes to fur and leather, are embodied by Labirinto, one of FENDI’s most classical fur patterns, Tegole, another classical design whose fish-scale pattern also alludes to Rome’s roof shingles, and Intarsi, which refers to the highly-skilled craftsmanship involved in fur tailoring. Consisting of three caramel coloured stacked blocks, Intarsi features a complex path along which the water flows down from the top, reflecting the intricate process of creating multifaceted fur or leather patterns. The company’s outstanding craftsmanship is also celebrated in Selleria, a fountain that takes its name from FENDI’s iconic Selleria handbag collection which is based on sewing techniques used by the ancient Romans to make saddles.

The only fountain not espousing the series’ cubic geometry and polished finish is a cast-resin version of FENDI’s Peekaboo bag, which serendipitously is also celebrating its ten year anniversary this year. Uncannily seated on a bed of water at the exhibition’s entrance, the softly glowing handbag evocatively welcomed  visitors into FENDI and Marcelis’ world of timeless elegance and avant-garde creativity.