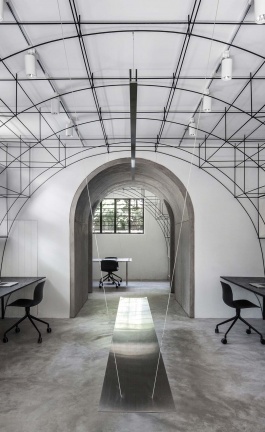 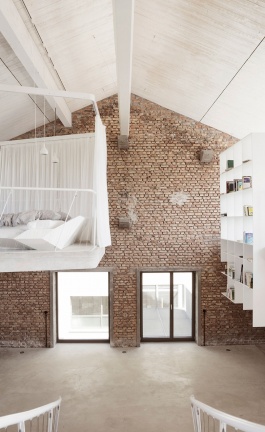 For more than a century, the brass statue of renowned Flemish painter Jan van Eyck has been the sole overseer of Jan van Eyck square in Bruges, Belgium. As bizarre as it sounds, since this past May van Eyck has been sharing the limelight with a back-flipping four-storey tall whale jumping out of the adjacent canal. Even more extraordinary is the fact that the monumental installation is made out of five tons of plastic waste pulled out of the Pacific Ocean. Designed by New York-based architecture and design firm StudioKCA for the 2018 Bruges Triennial (May 5th - September 16th, 2018), “Skyscraper (The Bruges Whale)” draws attention to the plight of ocean pollution in the most astute, visceral and spectacular way possible.

When the organizers of Bruges Triennial approached Jason Klimoski and Lesley Chang of StudioKCA with this year’s theme, “Liquid City”—a exploration of a rapidly changing world where the identity of modern cities is in flux as they grow ever more connected through globalization—the Pacific Ocean was probably the furthest thing on their minds. And yet, urban life is intimately connected to the planet’s oceans as attested by the massive amounts of plastic waste that cities produce, 8 million tons of which end up annually in the oceans, “the biggest liquid city on the planet”, to the detriment of marine life. It is estimated that 150 million tons of plastic debris currently float in the ocean, which means that there is more plastic swimming in the ocean than there are whales. What better way then to convey the sheer size of the problem than by erecting a gigantic whale made from plastic waste that was pulled out of the Pacific Ocean?

The five tons of plastic waste that was used to build the "Skyscraper" was collected from the beaches of Hawaii with the help of volunteers from the Hawaii Wildlife Fund and the Surfrider Foundation. The collected items, which ranged from hangers and kitchen bowls to toilet seats and car bumpers, were transferred to upstate New York where they were cleaned, separated by colour, and assembled onto a steel and aluminium framework. The whale was transported to Bruges in two parts where it as erected in the canal, a remarkable feat of engineering considering that the five tons structure cantilevers off its base.

The city’s waterways, a metaphor for the Triennial’s Liquid City theme, are the perfect setting for The Bruges Whale demonstrating how interconnected the world is. If a plastic cup you carelessly drop into the canal can ends up thousands of miles away polluting the oceans, then a whale making its way to the city via the canals seems a fitting comeuppance. As Chang explains, "Skyscraper is a physical example of why we need to change how we use and dispose of plastic in the world today". Indeed, as the enormous plastic whale jumps out of the canal, visitors are confronted with a grim reality that the consumerist society we live in insulates us from.