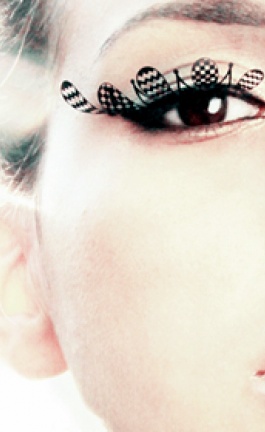 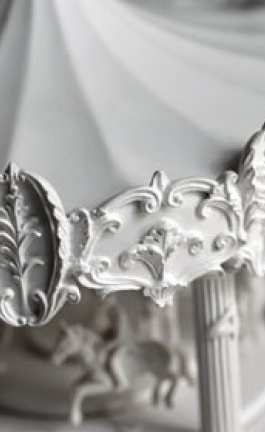 There are two ways to learn the Eames story. The first one is told in unparalleled detail on 800 pages with more than 2,500 images at the "The Story of Eames Furniture" book by Gestalten and the second one is told in 16.08 minutes by Marilyn Neuhart, author of the book, and her husband John in the video that follows:


Gestalten.tv is proud to present an exclusive video interview with Marilyn Neuhart, author of "The Story of Eames Furniture", and her husband John Neuhart at their Los Angeles home.  Both have worked with the Eames Office in various capacities from the 1950s. They have looked after the house of Charles and Ray Eames since the designers’ deaths and have supervised the Eames Archive. More familiar with the material and protagonists than almost any other, Marilyn Neuhart has spent the last 15 years compiling the stories, images, and recollections featured in this book. Having been in close proximity to Charles and Ray Eames as well as the members of the Eames Office and their patron manufacturers for almost 30 years, the Neuharts had the extraordinary opportunity to absorb their stories.


"This book has been put together with almost the same attention to detail as a piece of Eames furniture!" Jasper Morrison

In this unique 2-volume, 800-page book with more than 2,500 images, Marilyn Neuhart tells the story — to paraphrase Charles Eames himself — of how Eames furniture got to be the way it is.

The Story of Eames Furniture is the benchmark reference on the subject. It is a biography — not of an individual person, but of arguably the most influential and important furniture brand of our time. Brimming with images and information, this 2-volume, 800-page book in a slipcase sheds new light on the context in which the furniture of Charles and Ray Eames was created. It documents in unparalleled detail how the design process in the Eames Office developed as well as the significant roles played by specific designers and manufacturers.

Through intense and self-critical teamwork, the Eames Office was the first to translate the theoretical approach of the Bauhaus into commercially successful design for a mass market. One can hardly exaggerate the relevance of Eames's modern concept of design. In many cases the success of the pieces is based on the Office's own development and perfection of production processes for its designs.

The concepts that originated in the Eames Studio made a fundamental impact on modern design. Its furniture still tops bestseller lists and, decades later, the pieces have not lost any of their original elegance, timelessness, freshness, and quality. Its combination of conceptual consistency, aesthetic mastery, and almost scientific persistence is particularly inspirational for young designers today.

BOOK 1: THE EARLY YEARS
The first book presents the early years of the Eames Office and its method of furniture design and development. It introduces not only Charles and Ray Eames, but also key members of their design team including Eero Saarinen, Harry Bertoia, Herbert Matter, and others—a widely diverse group of people who actually did the day-by-dy work on the furniture projects and who together ultimately turned contemporary design in a new direction.
The story begins here with an account of the furniture Charles Eames designed for MOMA’s 1940 Organic Furniture Competition. It was this groundbreaking work with the light material plywood that led to his first commissions from the US Army for molded plywood splints and stretchers, which were used on a huge scaled during the Second World War. Creating these designs for mass-production, in turn, was the impetus for what was to be Eames’s major career in technology-based design founded on a new aesthetic.
This book focuses on Charles Eames’s early work with plywood. It documents how he pursued his goal of adapting plywood-molding techniques into a system to mass-produce furniture. In doing so, Eames was the first to develop and apply mass-production techniques to furniture thus creating the modern furniture industry as we know it today.

BOOK 2: THE HERMAN MILLER AGE
This second book features the period from the aftermath of the Second World War through 1978, the year of Charles Eames’s death and of the functional end of the Eames Office. By explaining the pioneering industrial processes used with innovative materials such as fiberglass, wire, and aluminum, it provides incomparable insight into how new technologies serves as the genesis for the most interesting pieces of Eames furniture.
This book focuses on the role of the Herman Miller Furniture Company in the evolution of furniture design at the Eames Office. It offers an in-depth examination of the Office’s relationship to the company that was, in essence, Charles Eames’s patron in furniture design and development. In addition to producing and marketing all of the furniture that issues from the Eames Office from 1949 to Charles’s death and beyond, the Herman Miller Furniture Company funded all of its development and prototype work. This volume also investigates the influence of Don Albinson, who was Charles Eames’s primary designer and technician from the mid-1940s to 1960.
The creation and spread of the landmark furniture design documented here is simultaneously the story of how modernism became established in homes and offices throughout the world. This second book celebrates Charles Eames’s vanguard cultural achievement of giving modern society the opportunity of materializing its identity through the Eames Office’s furniture.

PS >> Don't forget to enter the Competition to win Three copies of The Story of Eames Furniture.
More details at dezeen