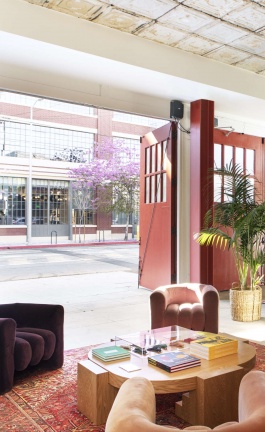 The Retro-Industrial Pizzazz of Firehouse Hotel in Los Angeles 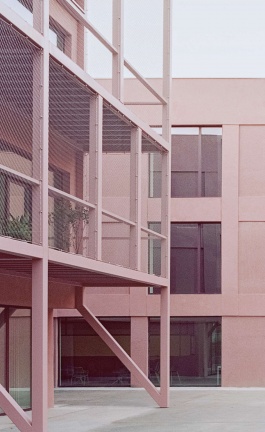 In architecture, small and compact is usually much more challenging to successfully finesse than large and expansive, as this extension to a single fronted Victorian Terrace in Melbourne’s inner-north gracefully attests. Designed by local practice Folk Architects, the two-storey extension comprises an open plan living area, a study and a bedroom which despite being packed into a small footprint are airy and bright, the result of abundant natural light, a variety of curated views and a crafty design approach. Channelling the whimsical unconventionality of the Storybook Style houses of 1920s America, and grounded in the efficiency of contemporary Japanese interiors, Storybook House, as the project is appropriately named, strikes a choreographed balance between romanticism and minimalism, while also championing the elegance of sustainable living.

As part of an ongoing interest in small footprint living, Folk Architects have often turned to international housing paradigms for inspiration and guidance, in this case, contemporary Japanese interiors whose austere minimalism belies a trove of layered functionalities and unobtrusive services. This design rationale whereupon no surface was underutilized – think hidden storage under the built-in sofa and a desk that doubles as a balustrade on the mezzanine level – allowed the architects to surreptitiously incorporate all the amenities modern living demands, while also enhancing the sense of spaciousness, established by the strategic use of multi-use, open plan spaces and the provision of multiple connections between interiors and exteriors.

The minimalist sensibility of the ergonomic design could have yielded a sterile aesthetic were it not for the architects’ evocation of the Storybook architectural style that flourished in 1920s America as a whimsical, Hollywood-inspired appropriation of the exotic architecture of medieval Europe and the Middle East. Underpinned by fine craftsmanship and a sense of humour, far from being dated, in the hands of Folk Architects, the Storybook style imbues the house with a subdued playfulness, embodied in features like the pitched roof gracefully clad in white and cream glazed terracotta tiles, the white-painted timber slats on the living room ceiling, and a wood burning stove that conjure a sense of vernacular charm.

The incorporation of such whimsical flourishes into the minimalist architectural canvas not only makes for a unique ambience but also reflects the idiosyncratic personalities of the occupants, a professional couple with a child on the way. In fact, the architects took pains to enquire about the minutiae of their clients’ lifestyle and inform their design accordingly – “I like singing at all hours without anyone hearing me” for example, was translated into distinct zoning and hidden nooks.

An elegantly landscaped back yard, complete with a dining patio, a cleverly positioned internal courtyard, and an upper floor terrace grant generous views, as well as provide plenty of daylight, as does a central skylight that serves both the ground floor living area and the master bedroom-cum-study area above. The abundance of window openings not only reduces the need for artificial lighting but also facilitates passive ventilation. The latter are part of a comprehensive approach to sustainable design that also includes solar panels and micro-inverters, rain water harvesting, solar shading and reduced heat load courtesy of the light-reflecting pattern of white and cream terracotta roof tiles which perfectly sum up the design’s fusion of sustainability, functionality and personality.