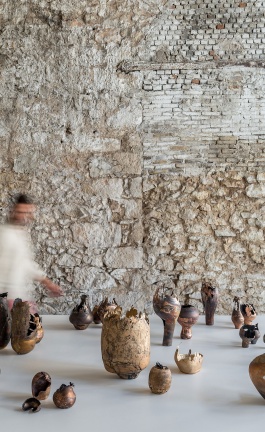 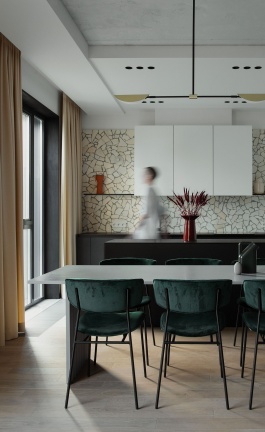 Vernacular Craftsmanship Meets Contemporary Mimimalism in a Renovated Dacha i...

Located in Suzdal, a picturesque rural township in Russia and one of the country’s oldest settlements, this recently renovated dacha or country house bridges both past and present together by combining the region’s vernacular heritage with contemporary art and architecture. Designed by FORM Bureau as a place for relaxation, the project reimagines the country estate as a modern retreat that filters Suzdal’s rich history and rural culture through an eclectic lens of minimalist sophistication and artistic expression.

The estate sits itself just outside the town, on the bank of the winding Kamenka River, opposite the imposing 16th century Pokrovsky Monastery. The plot originally comprised four wooden houses, three of which have been merged into a single volume by building up the interstitial spaces. While the original structures feature ornately decorated facades, the new sections have been left completely unadorned — the austerity of the latter being a counterpoint to the elaborate wood carvings of the former. Known as nalichniki, the elaborately sculpted, lace-like wood window frames are a Russian tradition that goes back several centuries, having evolved both as architectural ornamentation and protective charms. Often brightly painted, the façade carvings have in this case been kept in their natural wood finish, harmoniously complementing the light grey tone of the new sections.

Although the volume of the merged structures is quite irregular in geometry, it’s unified by the gabled roof-scape that echoes the town’s skyline and the addition of three new porches whose all-black modernist design subverts the vernacular typology. Hiding in plain sight among the metallic posts of the entrance porch is a wood-carved prismatic column, included as a reference to the region’s carpentry tradition which has been a source of inspiration for many artists, including Romanian sculptor Constantin Brâncuși.

The playful interaction of vernacular and modern architecture is continued in the interior of the refurbished dacha, where rustic elements like a large in-built stove, wood planks on walls and ceilings walls, and lime washed surfaces are rendered through a minimalist aesthetic of clean lines and muted tones. Traditional tapestries and vintage furniture pieces are intertwined with contemporary furnishings and modern artworks that imbue the interiors with vibrant colours and bold visuals, as do the owner’s extensive collection of penguin figurines, showcased in Plexiglas displays in the dining room, and a large book collection that populates a custom built bookcase. Ultimately it is details such as these not only give character to this newly renovated retreat but also make it feel lived in.