The Flying House by IROJE KHM Architects has Landed near Incheon, South Korea 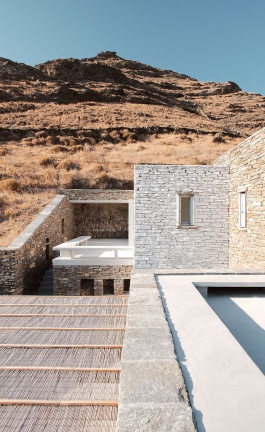 Commune Design has transformed a bright industrial space in San Francisco’s Mission District into an experimental café and dining spot that celebrates an artisanal approach to making and sharing food. Tartine Manufactory, which opened last August, is an extension of Tartine Bakery, founded in 2002 by Chad Robertson and Elisabeth Prueitt which became popular for its breads and series of cooking books. Tartine Manufactory now brings the tastes and working ethos of its founders to the next level, by offering a relaxed yet highly sophisticated platform where carefully prepared breads, sweets, sandwiches, ice creams and coffee can be enjoyed and appreciated.

The space housing Tartine Manufactory is part of the Heath Ceramics factory and is surrounded by other like-minded businesses, such as The Aesthetic Union, the print shop masterminded by printer and designer James Tucker. The spirit of creativity and artistry is reflected in Tartine Manufactory’s interior design, which combines Alpine, Scandinavian and Japanese influences and omits embellishment thereby placing an emphasis on materials and forms. The custom-made unglazed subway tiles were produced by Heath especially for the project, while a unique ‘Tartine Teal’ glaze was developed by the company for a new dinnerware series. Gold-tinted Calacatta marble counters, plain white-plastered walls and a simple concrete floor create a neutral backdrop for the culinary creations making their way out of the bakery and the ceramics they’re served in to shine.

Open for breakfast, lunch and dinner, Tartine Manufactory proposes a novel food experience that combines the atmosphere of a California café with the building’s industrial past, with the wish to expose the making process of every loaf, croissant and cake coming out of its ovens. The state-of-the-art Heuft Thermal Oil Oven has been positioned right in the middle of the space without any walls separating it from the dining area, thereby allowing guests to observe every step of the process and also let the scent of freshly baked goods waft around the venue. Ultimately for the designers, Tartine is not a café, but a manufactory, a place where the making process is to be experienced as much as the goods on offer.

For the designers, Tartine is not a café, but a manufactory, a place where the making process is to be experienced as much as the goods on offer.